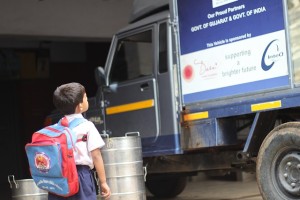 Ahmedabad: It is almost a war-like situation between the state government and the management of the private schools in Gujarat, each trying to play one-upmanship over the other. Despite being home of internationally acclaimed institutions like the Indian Institute of Management, Ahmedabad, and space scientist Dr Vikram Sarabhai created Physical Research Laboratory (PRL), Gujarat was never known for educational excellence, but the education system had never been in such a mess as it is now.

It is not the Corona infection to be blamed for the mess, rather a unilateral decision by the state government is responsible for creating the sorry state affairs in the educational arena. The sufferers in the government – management war are the thousands of school-going children and also of course the teachers.

With an eye on the coming elections to the municipal corporations, municipalities and the district and taluka panchayats scheduled later this year, besides the by-elections in eight state Assembly constituencies likely to be held in September, the BJP government in the state thought it prudent not to wait for a direction from the high court. The court was hearing petitions from some parents’ organisations questioning levying of fees by the management of the private schools when the institutions are closed under the government orders due to Corona scare. Instead the state government on Wednesday issued an administrative order restraining all the private schools from charging fees till the schools are physically open, God knows when.

The school management retaliated and forthwith stopped online classes that were going on in most of the schools almost through the lockdown period as there was no summer vacation this year and all the students as well as the teachers were confined in their respective homes. The school managements pointed out that without the students paying the fees, it would not be possible for them to pay the salary of the teachers and other staff members used for on-line training since they had already invested huge funds for creating the infrastructure for distance education. Virtually accepting the challenge, the state government yesterday announced that it would make arrangements for imparting online education to the students of the private schools also, both in Gujarati and English medium, belonging to the state board or the CBSE, ICSE or any other central boards and appointed a committee to draw the proper syllabus and create a necessary infrastructure for the purpose.

In a bid to further brow-beat the private school managements into submission, the state government today issued a notification threatening punitive actions against the managements if their schools do not have adequate open space to be used as playground for the students. The size of the playgrounds must be in exact proportion to the number of students in the schools. The order, it said, was also applicable to the government schools in the state.

The notification created a furor among the private school management who challenged the government to order closure of all such schools which were given the permission more than two decades ago when the government was desperate to expand educational facilities to accommodate increasing number of students and agreed to give a go-bye to the compulsory criteria of an adjacent playground for opening a school.

The general secretary of the Shala Sanchalak Mandal, Manan Choksi, pointed out that in the existing situation a congested city like Ahmedabad, a school would have to go at least 10 to 20 kilometres away from the periphery of the city if it wants to have ample open space. Besides the cost criteria, non-availability of open ground would prevent opening of any new school unless the government agreed to consider any open public space within a radius of two kilometres from the designated school as its adjacent playground. It would be equally cumbersome and costly for parents if the students were to be fetched 10 to 20 kms every day for schooling.

The problem started after some parents took strong objections against the management of the private schools demanding immediate payment of full fees, which included transportation cost, maintenance funds and all other sundry charges besides the tuition fees. Though the problem was raging since April, the state government failed to take a decision and allowed the school managements with the online classes till the case was filed in the High Court and it issued notice to the state education department to make its stand clear on the issue.

The government’s decision and the consequent suspension of the online classes have enraged a large section of the parents who have already paid the fees questioning the government’s indecision all these months when the bleary-eyed school children were made to get up early in the mornings to attend the online classes, besides that many of the parents had to make arrangements for laptops at home for their wards to attend the classes. All their labour would go waste if the online classes remained suspended for long as there was still no indication when the schools would be allowed to physically open. They also sympathise with the school managements pointing out that how could they pay the salary of the teachers, transport and other staff if the parents refuse to pay at least the tuition fees. For the teachers, they are looking at bleak future, many of them scared of losing their jobs if the online classes remained suspended for long.

The state education minister Bhupendrasinh Chudasama had no answer when he was asked how the state government would make arrangements for remote education through Doordarshan and internet for the students of the private schools when it could not successfully operate the online education for its own school students. In most of the rural areas in the state, the arrangements were found wanting. Either the students did not have the access to the television sets or smartphones or the internet signals were too weak to catch.