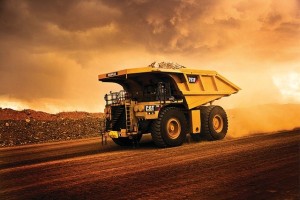 Road Ministry advises States to not to insist upon Registration/Driving Licence for Road Building and Rehabilitation equipments and Heavy Earth Moving Machineries.

New Delhi:  The Ministry of Road Transport and Highways has clarified that the heavy road making machinery is not a motor vehicle, and is not covered under MV Act. The Ministry has requested the States and UTs to not to insist upon registration and driving licence for these machines.

In a letter addressed to the Transport departments of all the States and UTs, the Ministry has informed that it has received a number of representations regarding Road Building and Rehabilitation Equipment, wherein concern regarding registration of cold recycling  machines and soil stabilization machine (road building and rehabilitation equipment) under Central Motor Vehicle Rules (CMVR), 1989 has been raised.

“The representations have clarified that Cold milling  machines are used to salvage the  crust of the existing bituminous pavement to recover the asphalt material and re-use them to conserve aggregate and bitumen and save the associates costs of  mining  and crushing. Also the extracted bitumen leads to saving of bituminous thus saving of forex,” the ministry said. It further pointed out that the work awarded to the concessionaire by the employer was within a given range of chainage. “Therefore, these equipment work in a defined region. Further, the operating speed of the above mentioned equipment is 5-10 kmph and these equipment are deployed at the work site through trailers,” it stated.

Concern regarding registration of Heavy Earth Moving Machineries (HEMM) equipment and their operation had been raised and the government stated:  “HEMM such as Dumpers, Payloaders, Shovels, Drill Master, Bulldozers, Motor Grader and Rock breakers are also categorised as “OFF THE ROAD” operated and maintained within mine boundary under sole management, supervision and control of Mines Manager and never used outside mine boundary.”

The Ministry’s communication drew attention to section 2(28) of the Motor Vehicles Act, 1988 for the definition of a Motor Vehicle, which says a Motor Vehicle means any mechanically propelled vehicle adapted for use upon roads whether the power of propulsion is transmitted there to from an external or internal source and includes a chasis to which a body has not been attached and a trailed; but does not include a vehicle running upon fixed rails or a vehicle of a special type adapted for use only in a factory or in any other enclosed premises or a vehicle having less than four wheels fitted with engine capacity of not exceeding twenty-five cubic centimeters.

Section 3(1) of the Motor Vehicles Act, 1988 for necessity for driving licence says, no person shall drive a motor vehicle in any public place unless he holds an effective driving licence issued to him authorising  him to drive the vehicle; and no person shall so drive a transport vehicle, other than a  motor cab or motor cycle, hired for his own use or rented under any scheme made under sub-section (2) of section 75 unless his Driving Licence specifically entitles him so to do.

The Ministry said, the issue had been discussed in the 56th meeting of the CMVR-TSC wherein it was opined that cold milling machine, cold recycler and soil stabilizers were not covered under the definition of the Motor Vehicles Act, 1988 and that  the type approval of the machine is also not made.