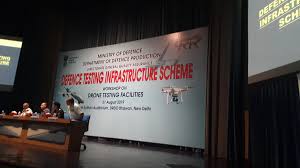 New Delhi: In order to give a boost to domestic defence and aerospace manufacturing, the government has approved the launch of  Defence Testing Infrastructure Scheme (DTIS) with an outlay of Rs 400 crore for creating state of the art testing infrastructure for this sector. The Scheme would run for the duration of five years and envisages to setup six to eight new test facilities in partnership with private industry. “This will facilitate indigenous defence production, consequently reduce imports of military equipment and help make the country self-reliant,” a defence ministry spokesperson stated here on Friday.

The projects under the Scheme will be provided with up to 75 percent government funding in the form of ‘Grant-in-Aid’. The remaining 25 per cent of the project cost will have to be borne by the Special Purpose Vehicle (SPV) whose constituents will be Indian private entities and State Governments. The SPVs under the Scheme will be registered under Companies Act 2013 and shall also operate and maintain all assets under the Scheme, in a self-sustainable manner by collecting user charges. The equipment/systems tested will be certified as per appropriate accreditation.

While majority of test facilities are expected to come up in the two Defence Industrial Corridors (DICs), the Scheme is not limited to setting up Test Facilities in the DICs only.

In the meantime, Defence Minister Rajnath Singh  commissioned Indian Coast Guard Ship (ICGS) Sachet and two interceptor boats (IBs) C-450 and C-451 in Goa via video conference from here on Friday. The ICGS Sachet, the first in the series of five offshore patrol vessels (OPVs) has been designed & built indigenously by Goa Shipyard Limited (GSL) and is fitted with state-of-the-art navigation and communication equipment. Singh praised the efforts of Goa Shipyard and L&T Shipyard, Hazira who have continued to build and maintain ships under the present circumstances. He said, “It also shows the professionalism. It is noteworthy that Indian Shipyards are making significant contribution to the vision of ‘Make in India’ and ‘Self-reliant India campaign’, which was recently inspired by our Prime Minister.”

Director General of Indian Coast Guard Krishnaswamy Natarajan said the commissioning event proved that despite the hurdles posed by COVID19, the ICG moves ahead. He said the new additions to the ICG fleet of vessels would assist the ICG to remain ever vigilant at sea and contribute to nation’s fight against COVID-19.

The 105 metre long ship Sachet displaces approximately 2,350 tons and is propelled by two 9,100 KW diesel engines designed to attain a maximum speed of 26 knots, with an endurance of 6,000 nautical miles. The sustenance and reach, coupled with the latest equipment and systems, provides her the capability to perform the role of a command platform and undertake tasks to fulfill the ICG charter. The ship is designed to carry a twin-engine helicopter and four high speed boats and one inflatable boat for swift boarding and search & rescue operations. The ship is also capable of carrying limited pollution response equipment to undertake oil spill pollution response at sea.

The Coast Guard has been a pioneer in inducting indigenous assets which has enabled it to remain operationally available throughout the year.  In continuation of maximising the indigenous content in the IBs has about 70 per cent of indigenous contents, thus providing the necessary fillip to the Indian shipbuilding industry.[the_ad_placement id=”sidebar-feed”]