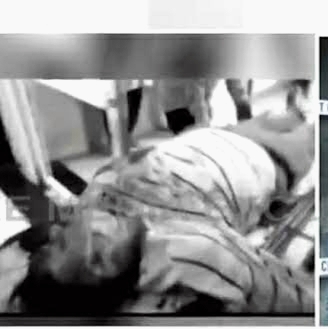 Kanpur:  Gangster Vikas Dubey was killed in an encounter on early Friday morning. He was being brought to Kanpur from Ujjain when the vehicle of Uttar Pradesh Police’s Special Task Force team carrying him met with an accident allegedly after Vikas entered into a scuffle with the police and overturned after entering Kanpur. Police sources said Vikas in a bid to escape had snatched the pistol of a policeman and tried to flee. He got injured in the encounter. Some policemen were also injured, police said. They were brought to a nearby hospital where Vikas was declared dead by the doctor.

It may be mentioned that after seven days of massive hunt in five states, the police  on Thursday had finally arrested Dubey from the Mahakaal Temple in Ujjain on Thursday. His wife Richa, son, and his partner Mahesh were also arrested from Lucknow on Thursday and were brought to Kanpur.

Also read: After a week of hide and seek, Police arrest gangster Vikas Dubey in Ujjain

The dreaded gangster was on the run after he and his gang killed 8 cops  including a Deputy Superintendent of Police (DSP), at his native Bikru village in Chaubeypur block of Kanpur on July 3. Seven police personnel were left injured in that attack.