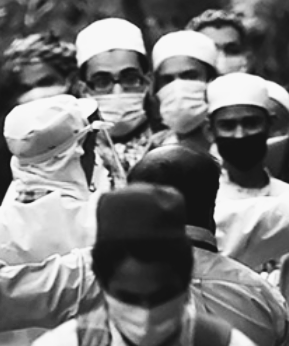 Patna: Alarmed over at least 24 Tablighi Jamaat participants testing positive for Covid-19, Bihar authorities are in high alert mode to identify such people in the state, who came in contact with them.

Samples of 17 Muslim clerics in Patna and those of 11 clerics have been taken in Buxar even as efforts have been intensified to trace others. Only recently, Patna district administration had quarantined seven Maulvis of Kyrgyzstan after picking them up from Sangi mosque in Phulwarisharif in Patna and also eight more Maulvis and their two guides, who were staying in a house in Samanpura area.

Preliminary tests of all of them were conducted but their samples were also taken on Tuesday when Tablighi Jamaat participants tested positive for coronavirus.

Superintendent of police Dr Satya Prakash, however, denied there was any firing at the village. Besides a villager, block development officer, circle officer and officer-in-charge of the police station concerned were  also injured in the incident.

Tablighi Jamaat was founded by Muhammed Ilyas al-Kandhlawi in Mewat in 1927 with an aim of spiritual reformation of Islam. Started as an offshoot of the Deobandi movement,  the Tablighi Jamaat believes that Muslims are in a constant spiritual Jihad, fighting the evil using the weapon of proselytization. They believe the battles are won or lost in the “hearts of men”.

The Tablighi Jamaat operates its headquarters from Nizamuddin where it has  Alami Markaz Banglewali Masjid and a six-storeyed dormitory where it can house around 2,000 people.

The total number of Corona positive cases had increased from 15 to 21 after 6 more cases were found to be  positive late last evening. Of the six new cases reported as positive, four were from Siwan,  one each from Gaya and Gopalganj districts.