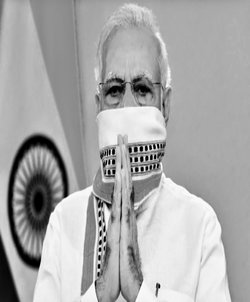 New Delhi: Prime Minister Narendra Modi on Tuesday emphasized on the importance of usage of mask/ face cover, “without which no one should venture out”.

“This is not just important for the person concerned but also for his family and community,” he said during an interaction via video conferencing with the chief ministers, a day before the Supreme Court’s deadline for the reply to the notices served on the Centre and five state governments on efforts to contain the surge in pandemic.

Modi also talked about following the mantra of ‘do gaz doori’, washing hands with soap and using sanitizer. He forewarned that any laxity in discipline will weaken “our fight against the virus”. He reiterated that if we remain disciplined and follow all rules, coronavirus will cause least damage.

This was the sixth such interaction of the Prime Minister with the Chief Ministers, the earlier ones had been held on 20th March, 2nd April, 11th April, 27th April, and 11th May.

The Prime Minister claimed that the recovery rate in the country was now over 50%, and said India was amongst the nations with the least deaths due to coronavirus. He claimed that timely decisions taken to combat the pandemic had been effective in containing its spread in the country.

Modi noted that with the efforts of the past few week, green shoots in the economy were visible, including rise in power consumption which was earlier falling, fertilizer sale in May this year seeing a significant increase, an increase in Kharif sowing in comparison to last year, production of two wheelers increasing, digital payment in retail reaching pre lockdown level, increase in toll collection in May and bouncing back of exports. “These signals are encouraging us to forge ahead,” he said.

Talking about the provisions to provide timely credit to MSMEs, he said that if quick disbursal of credit to industries is ensured through Bankers Committees, these industries will be able to start working quickly while also ensuring provision of employment opportunities. Smaller factories require guidance and hand-holding, he said. He claimed there was significant importance of agriculture, horticulture, fisheries and MSMEs in the participating states, provisions for which had been made under Atmanirbhar Bharat Abhiyaan. He further added that farmers were set to be benefitted through reforms in the agriculture sector, including new avenues to sell produce, increase in income which in turn would increase demand in the economy. 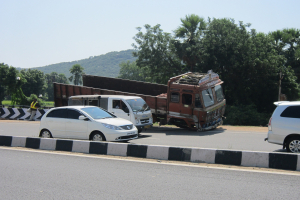