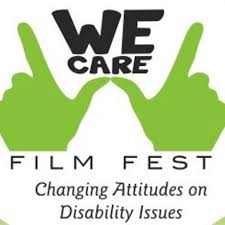 globalbihari.com is reproducing this article on the founder director of We Care Film Festival, Satish Kapoor, which was published by Trans World Features in February 2013. This film festival on disability issues has grown manifold since then and has travelled to many destinations in India and abroad including Iran, Singapore, France, UAE and Mauritius. We are proud to be associated with the this film festival with a difference and every day feature one film from this festival on these pages.

‘We Care Film Festival’ has disability as its theme. From a small beginning it has now grown to be recognised internationally thanks to the untiring efforts of individuals like Satish Kapoor, reports Deepak Parvatiyar

Almost a decade ago, when Satish Kapoor left his plush job in a major corporate house to launch an exclusive film festival to highlight the issue of disability, he had no takers. This was a new concept in India and for the first two years he had no films on disability for the competition. All he could manage were a few foreign language films courtesy the embassies and Bollywood films, (only a handful of films had been made on the issue of disability till then, that the producers permitted him to show. “At times I had no money, but I persisted,” he says.

The perseverance has paid off. The festival titled ‘We Care Film Festival’ on disability issues  is acclaimed today as the first of its kind which travels to schools and educational institutions including mass communication institutes and disability institutions in India and abroad. It has not only caught the attention of filmmakers around the globe, but also the United Nations Educational, Scientific and Cultural Organisation (UNESCO) which invited Kapoor and screened some of the award winning films at the UNESCO headquarters in Paris as part of the celebration of the International Day of Persons with Disability in December, 2012.

A proposal to take the festival to 193 member countries of UNESCO is under active consideration, reveals Kapoor. “This is a movement to create greater awareness about disability issues through the medium of cinema,” Kapoor adds.

But  why cinema? “While planning to work on disability, I met a few journalists through whom I could understand the impact of print and electronic media,” Kapoor recalls.  He realised how films could help in breaking down the stereotype, myths and misconception existing in society regarding disability.

The journey for Kapoor has been long and interesting. “I suffered a lot due to poverty in my childhood.  My father was a fourth grade employee; our condition was pathetic. The same thing is with disability.  Only the disabled and their families can understand its impact on their lives,” he feels.

To tackle the issue of disability, Kapoor set up Brotherhood, an NGO, focusing on disabled children and their need for inclusion in the mainstream.  The film festival  is part of this effort.

“We realised that organising a film festival at one place doesn’t solve our purpose of sensitising students of schools and educational institutions and also public at large.  So we started travelling educational film festival.”

Research shows that in most countries the majority of children with disabilities do not know any disabled adults and, consequently, many have a difficult time in imagining their future. “Audio-visual medium can provide opportunities for them to observe adults with disability undertaking a wide variety of activities, in effect, introducing them to positive role models,” Kapoor says.

His efforts are bearing fruits now. Last year there were entries on several contentious issues such as marriage and sexuality of the disabled persons for the festival. “This was the first time ever that such issues were raised through films,” he points out.

He observes that while many established film makers are getting attracted to the festival, the maximum entries are from independent film makers “who are influenced by disability issues”.

In one of the festivals, there was an entry from UK where the filmmaker son had made a 30 minute film on his disabled mother who was confined to a wheelchair, calledYou want to make a film. Likewise, there was a 54-minute film, Still Standing  from an Indian director on his father who was  disabled below neck and has been on confined to the bed for the last 27 years.

There was also an entry from Chennai where the filmmaker had raised the issue of lack of implementation of the Persons With Disability Act (PWD Act) in India. “Besides showing the film at the festival, we also sent it to the appropriate authorities in the government,” Kapoor informs.

The film festival has so far travelled to 90 different venues in India, Mauritius, UAE, Oman and Qatar. “This offers a  perfect platform to the filmmaker to showcase their films to various audiences and so has become popular  with them,” Kapoor says.

For the last four years, the festival has seen more and more films on human rights issues concerning the disabled. The festival has been successful in highlighting the issues on disabilities through films about marriages, sexuality, employment, rights, education, entertainment, discrimination and abuses.

Over the years many organizations have joined the programme. Like:  the United Nations Information Centre –India and Bhutan,  National Trust (an autonomous organization of the Ministry of Social Justice and Empowerment, Government of India), and UNESCO.