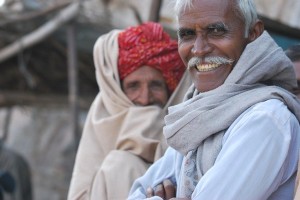 New Delhi:  The Finance Ministry has released Rs.15187.50 crore, as grants-in-aid, in respect of 2.63 lakh Rural Local Bodies (RLBs) spread in 28 States of the country, a ministry release stated here on Thursday. The amount was released following recommendations of Ministry of Panchayati Raj and Department of Drinking Water and Sanitation, Ministry of Jal Shakti, the release added.

This grants-in-aid forms part of the Tied Grant as recommended by Fifteenth Finance Commission (XV-FC) for the period Financial Year 2020-21 and is to be used by RLBs to facilitate taking up of various developmental work concerning supply of drinking water, rain water harvesting, water recycling, sanitation and maintenance of ODF status, which are national priorities.

Giving this information, Union Minister of Agriculture and Farmers’ Welfare, Rural Development & Panchayati Raj,  Narendra Singh Tomar recalled that upon the recommendations of Ministry of Panchayati Raj, an amount of Rs.15187.50 crore, as grants-in-aid, in respect of 2.63 lakh Rural Local Bodies (RLBs) spread in 28 States of the country had been released by the Ministry of Finance on June 17, 2020. This grants-in-aid was part of the Untied Grant as recommended by Fifteenth Finance Commission (XV-FC) for the period FY 2020-21, to be used by RLBs for the location-specific felt needs.

The Commission had recommended Grants-in-aid to all tiers of the Panchayati Raj including the Traditional Bodies of Fifth and Sixth Schedule areas, in 28 States, in two parts, namely, (i) a Basic Grant and (ii) a Tied Grant. Fifty percent of the grant would be Basic Grant and fifty percent would be the Tied Grant. The basic grants were untied and could be used by RLBs for location-specific felt needs, except for salary or other establishment expenditure. The Tied Grants were to be used for the basic services of (a) sanitation and maintenance of open-defecation free (ODF) status and (b) supply of drinking water, rain water harvesting and water recycling. The RLBs should, as far as possible, earmark one half of these Tied Grants each to these two critical services.  However, if any RLB had fully saturated the needs of one category it could utilize the funds for the other category.

The State Governments would be distributing the XV FC Grants to all the tiers of panchayats – village, block and district and the traditional bodies of Fifth and Sixth Schedule areas based on the accepted recommendations of the latest State Finance Commission (SFC) and in conformity of the following bands recommended by XV FC.

The intra-tier distribution among the relevant entities in a tier across the State (including Fifth and Sixth Schedule areas) will be on the basis of population and area in the ratio of 90:10 or as per the accepted recommendations of the latest SFC.

The Ministry of Panchayati Raj would actively support the States in effective utilization of the XV FC Grants by providing Web/IT enabled platforms for planning, monitoring, accounting / auditing of the works and funds flow at the level of each of the RLBs.