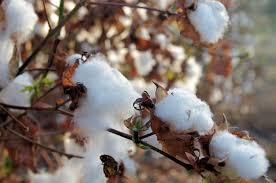 Mumbai: The depreciation of the rupee against the dollar has brought in glad tidings for the exporters of cotton and sugar. Though not a windfall, news is pouring in from Indonesia and Iran that they will require a high quantum of sugar from India as their sourcing from rivals like Brazil and Thailand has taken a beating on the pricing war.

The competitive pricing of Indian sugar has adequately compensated for the sharp dip in domestic demand. The domestic demand took a beating following the closure of bulk buyers like restaurants, and makers of ice-creams and sweets.

It however, remains to be seen how long the governments both at the centre and states will keep the pause button pressed. Cotton exports have witnessed an increase of 5 lakh bales. Here again the Indian rupee’s depreciation by 8 to 10 per cent has lent support to this favourable turn of events.

This season is witnessing a phase in which Indian cotton turns out to be the cheapest in the world. As compared to the COTLOOK A index that stood at 40,073, prices of Indian cotton are more buyer friendly. The international markets are set to witness a sharp increase in demand for Indian cotton. Figures made available by the Cotton Association of India (CAI) indicate that cotton export estimates have hiked from 42 lakh bales to 47 lakh bales.

Till April 30, the estimate given indicated that 32.5 lakh bales have been shipped and the shipment of further 5 lakh bales is expected to happen in May. In addition, some bales have already been contracted for the month of June.

While on the sugar front, Iran and Indonesia have placed their order for May and June shipments, the figures for total shipments of sugar from India stood at 3.7 million tonnes. This is inching close to the figure of 4.1 million tonnes of shipment that have been contracted till September 30, 2020 marketing year end.

To sum up, the domestic front for cotton and sugar looks somewhat bleak with export figures providing a silver lining because of the rupee taking a sharp dip against the American dollar.

*Venkatesh Raghavan is a Mumbai-based senior journalist and author.