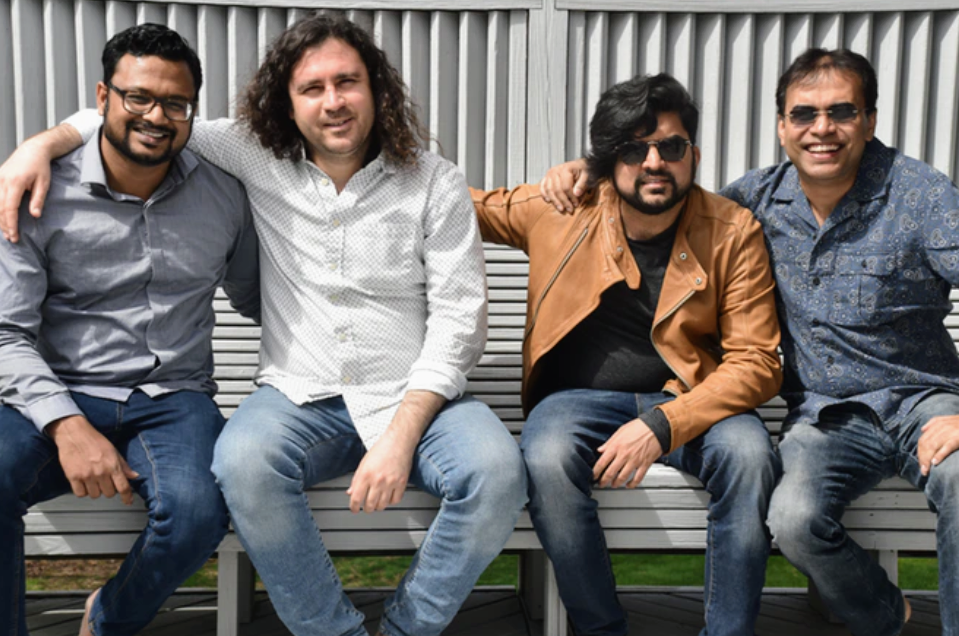 Boston (USA): What does it mean to be described as “one of the greatest artists” by Yo-Yo Ma? The great American cellist Yo-Yo Ma needs no introduction. With over 90 albums to his credit and a record 18 Grammy Awards under his belt, he also got an honorary doctorate of music from the prestigious Oxford University last year. So he knew it well what he was  speaking when he eulogised Bihar’s own son and the foremost tabla player of his generation, Sandeep Das, by stating: “Sandeep transcends his instrument- when he plays the Tabla he is a creator of myths, a master communicator and an orchestra, all in one. In my decades of collaboration around the world, he is easily one of the greatest artists I have ever met.”

Yet Yo-Yo Ma is not the only maestro who was bowled over by Sandeep’s talent. As a young school kid — Sandeep studied at Patna’s St.Xavier’s High School– the legendary tabla maestro Pandit Kishan Maharaj of famed Banaras Gharana had recognised his natural abilities and taken him under his tutelage. The master was never disappointed as Sandeep went on to not just collaborate with the greats such as sitar maestro and Bharat Ratna Pandit Ravi Shankar and YoYo Ma, but also won a Grammy to his credit!

Although now settled in Boston, Sandeep, like his Tabla, is firmly grounded in Indian ethos. Empowered by the belief that every musical note counts, and inspired by the spirit of Vasudhaiva Kutumbakam, ( “the world is one family”), he is now working on an album called Delhi to Damascus, which he describes as an “spiritual odyssey, embracing the beautiful ideal of inclusion, empathy, and global community”.

For Sandeep, this project has been more than just an album. He calls it “a celebration of what unifies us in spite of our differences”. His friends, all renowned musicians and celebrities in their own right,  Kinan Adnawi (Syrian Oud), Rajib Karmakar (Indian Sitar), and Suhail Yusuf Khan (Indian Sarangi), have collaborated with him on the album.

Named for Delhi, the famous Indian cosmopolis, and Damascus, a bustling Syrian metropolis, the album is a celebration of the shared history between India and Syria, and the flourishing cultural exchange between the two trading cities of the legendary Silk Road. Featuring some of the most iconic instruments of these countries, the soulful repertoire is a mix of new compositions and arrangements. It draws on traditional Indian ragas, melodic Arabic maqams, philosophical Sufi poems, pulsating folk grooves, and lyrical thumri.

Sandeep said he and his fellow artists feel gratified that they could use music of two seemingly different cultures to showcase their commonality.

On how he got the idea of making this album, Sandeep said: “A couple of years ago, while listening to a world music concert performed by my students, I was struck with something simple and yet profound. With the change of a single musical note, I was seamlessly traveling from one country to another, without needing a passport, or a visa, or getting on a flight! Many of you may have experienced this power of music– one that evokes memories, brings nostalgia, and affects mood. The thought stayed with me for several days, and then I had an epiphany. Vasudhaiva Kutumbakam!”

Obviously Sandeep is quite thrilled that the album is in the final stages of development and may get released in  March 2020. In fact this will be his first self-produced album, as well as the debut album of the HUM Ensemble–a musical extension of the organization Harmony and Universality through Music, which he founded 10 years ago to promote global understanding through music and provide scholarships to specially-abled children interested in music.

Sandeep invites all to join him on this journey by supporting his maiden venture. He said: “The album is already in its final stages of production, and as such there is little to no risk involved in seeing this project through, once funded, because all preparations have been made and are ready to be set in motion.”

He informed: “Funding on Kickstarter is all or nothing... Your support will directly fund costs of studio rental, recording and mastering, musicians, artwork & design, and CD manufacturing,” he stated.

For more details one may visit the following link: