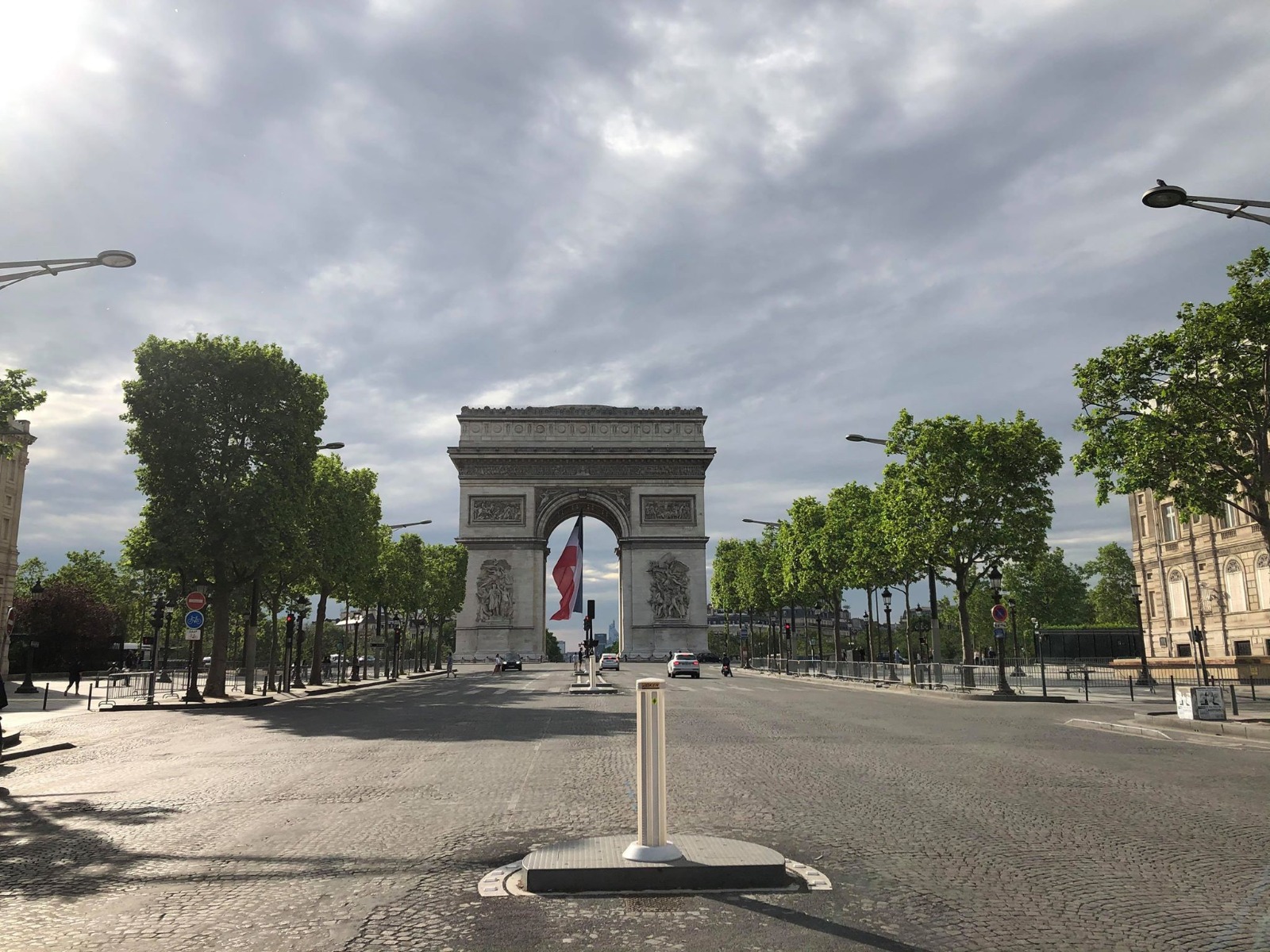 Paris: The better way to describe the french situation nowadays is probably to quote the story of a french man who lives in Wuhan since 15 years. Fortuitously, he left his place for an international musical tour right before the lockdown began. When he tried to come back to his place a few weeks later he was stucked, outside, in a foreign country. Unable to gather with his family in Wuhan, he had to go back to his native country : France. So he arrived in Paris right in the middle of the lockdown and was totally amazed. Of course, Paris with empty streets is quite a rare vision, but there was another reason for his state of mind :  people weren’t using masks at all. Through the gaze of a person living in a country where masks and preventive health measures are common, this image was unbelievable.

Many reasons explain this situation, but the main one, and it is a reason that we share with the rest of the world, is of denial. Since January my friend knew how serious was the situation in Wuhan and how dangerous it was for the rest of the world. Some countries, such as Taïwan and Vietnam for example, took immediate measures to stop the contagion chain. This quick response probably saved thousands of lives and today, the pandemy is under control there. But Wuhan looks far from Paris, so we did not take the situation serious. Then, when the virus came to Italy, right on the other side of our borders and despite the alert coming from our close neighborhood, we didn’t take it seriously either. One day before the french lockdown, we were still organizing the french election for mayorship, vaguely worrying for this distant virus. This is how unconscious we were!

Then started the lockdown, on Tuesday March 11. Since we are not known to be the most disciplined people in the world, the government took strict measures to make us apply it. Everytime we had to go out of our place, we had to fill a form to indicate the purpose of our outing. Many people tried to fool the cops and many cops were especially zealous. Before the lockdown gets effective, hundreds of thousand people left the big cities, especially Paris, for the rest of the country. Multiple cases of police violence also made the people very upset in popular areas. The situation was very nerve racking.

For those who belong to the upper class, living in a house with a garden or those who own a second house in the countryside, the lockdown was far easier. So as most of mankind knows nowadays, the social rank is a major influence in the way we deal and survive within this strange period. Paris, is a very dense city in term of demography. The size of someone’s living space was especially crucial at that strange time. Many people live in 9 meters square, which is the legal minimum space, but of course some people live in an even smaller place, illegally.

Considering the exceptional character of the situation, the management of the crisis was not as catastrophic as the one in Brazil or USA for example, but still it was very chaotic between double binds, infantilising politics and a terrible communication from the government.  But the main problem came from far away in the past. As a direct effect of all the neoliberalism measures that our governments took for 30 years, the public hospital in France lost a quarter of its beds, precisely those very precious beds that allow us to face the pandemy by taking care of the serious cases of Covid 19.  Ironically, the government asked the army to support the hospitals’ national effort and called this programme,  “opération resilience” while resilience is especially what we lost with this political line through the years. Suddenly everyone realized how important were the mutualised resources of the public services and how careless we were by allowing those political people to sell it in the market. Some observers noticed how ironic it also was to remember, everyday, to salute the medical staff at 8pm by hitting some pans, after we forgot to support them when they were warning us about this situation.

So the lockdown is made of billions of sad stories. Some are doomed to be stuck in the same place and some lovers are teared apart by borders and thousand of kilometers. Many people  relate how difficult it is to maintain a good relationship with a husband, a wife, a boyfriend, a girlfriend, or a family when you are stuck in the same place for months. But since we had the statistics about the rate of divorce during Wuhan’s lockdown, of course we know it is not specific to France. Sadly, domestic violences also dramatically increased, according to the statistics, as a side effect of the lockdown. Needless to say that women and children are especially targeted by this situation. Even though some hotels and hosting places have been dedicated to take care of them, the lockdown effect made people afraid of going outside.

It points out what we are made of, as human being : links. Our greatest wealth is undoubtedly what connects us to the rest of the humanity in term of culture. We understood that there is nothing like solidarity to get a resilient society. It makes us wonder what the world will be after the crisis in term of walls and borders. Like the rest of the world, as frozen our moves can be right now, our spirit takes us away and we think of the outside, every outsides. We wonder how the world is doing. Foxes in the streets and deers in the boulevards remind us that the ecological war is not lost yet and there is still hope. Hope is a rare and fragile wealth, but some people talk about the crisis as an opportunity, and perhaps the last chance, to give a new direction to mankind. Will we take this chance?