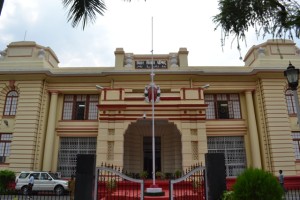 There was one casual vacancy in the Andhra Pradesh Legislative Council after Dokka Manikya Vara Prasad resigned on March 9, this year. His term was expiring on March 29, 2020.

With regard to Bihar, the Election Commission clarified that considering the prevailing “unforeseen situation of public health emergency due to COVID-19 and the guidelines and orders passed under the Disaster Management Act, 2005 by the competent authority, the Election Commission, on 03.04.2020 passed an Order under Article 324 of Constitution of India read with section 16 of the Representation of the People Act, 1951,and directed that the process of election to the above mentioned seats shall be initiated at a later date after reviewing the prevailing situation.”