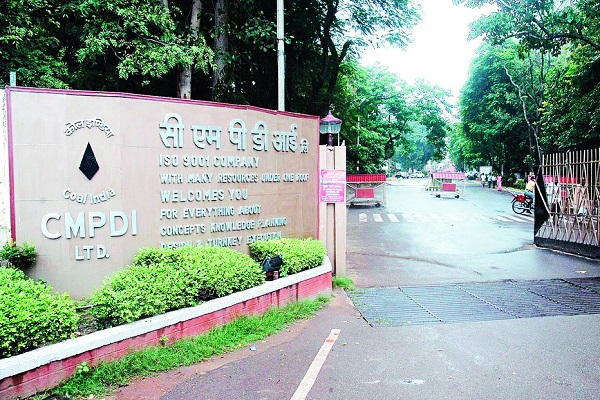 Ranchi: Central Mine Planning and Design Institute Limited (CMPDIL), Ranchi (a consultancy subsidiary of Coal India Limited), has invented a “System and Method for Controlling Generation and Movement of Fugitive Dust” and obtained a patent for the same in December 2022.

This system can be used to minimize and control the fugitive dust in mines, thermal power plants, railway sidings, ports, and construction sites wherein coal or other minerals/fugitive materials are stored under the open sky. Apart from reducing dust generation from open sources, it will also provide noise attenuation, the Ministry of Coal stated today..

Coal/Lignite PSUs under the Ministry of Coal consistently strive to produce quality coal in an environmentally responsible manner to meet the country’s energy needs. To prevent or mitigate air pollution caused by coal mining and allied activities, coal/lignite Public Sector Undertakings are adopting various measures. Fugitive dust is a form of particulate matter that contributes to air pollution that is generated from various sources which are exposed to air and not discharged into the atmosphere through a confined flow stream.

The present invention relates to the synchronized application of windbreak (WB) and vertical greenery system (VGS) for reducing the generation and dispersion of fugitive dust. The WB and VGS are erected in the upwind and downwind direction with respect to the fugitive dust source(s) respectively. The WB reduces the speed of the wind approaching the source and hence, it reduces the intensity of the ambient air to pick up dust while blowing over the source. The VGS acts as a filter and reduces the quantity of the residual dust moving along with the wind towards the receptors in the down-wind direction. Therefore, there is a significant reduction in the concentration of dust in the ambient air at various receptors located in the down-wind direction.

This system has been depicted in the figure below: