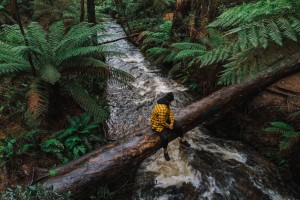 International Day of the Tropics: 29 June

The International Day of the Tropics celebrates the extraordinary diversity of the tropics while highlighting unique challenges and opportunities nations of the Tropics face. It was  in 2016 when the United Nations General Assembly adopted a resolution that declared that 29 June of each year is to be observed as the International Day of the Tropics to provide an opportunity to take stock of progress across the tropics, to share tropical stories and expertise and to acknowledge the diversity and potential of the region.

The tropics are a region of the Earth, roughly defined as the area between the tropic of Cancer and the tropic of Capricorn. This region hosts nearly 95% of the world’s mangrove forests by area and 99% of mangrove species. Besides, biodiversity is greater here, but even loss of biodiversity is also greater in the region than in the rest of the world.

Tropical nations have made significant progress but face a variety of challenges such as climate change, deforestation, logging, urbanisation and demographic changes. By 2050, the region is expected to host most of the world’s people and two-thirds of its children.

Already the proportion of the urban population living in slum conditions is higher in the Tropics than in the rest of the world and more people experience undernourishment in this region than in the rest of the world. An important feature of the Tropics is the prevalence of rain in the moist inner regions near the equator, and that the seasonality of rainfall increases with the distance from the equator. However, while the Tropics have just over half of the world’s renewable water resources (54%), yet almost half their population is considered vulnerable to water stress. Covering an area of 2.5 million hectare, this tropical rainforest comprises three national parks: Bukit Barisan Selatan National Park, Gunung Leuser National Park, and Kerinci Seblat National Park. The rainforest is home to many endangered species. It has an estimated 10,000 plant species, including 17 endemic genera; more than 200 mammal species; and some 580 bird species of which 465 are resident and 21 are endemic. Of the mammal species, 22 are Asian, not found elsewhere in the archipelago and 15 are confined to the Indonesian region, including the endemic Sumatran orang-utan. Covering about 450 km of the north-east coast of Australia, the region is made up largely of tropical rainforests. The area supports an exceptionally high level of diversity of both flora and fauna, with over 3,000 vascular plant species in 224 families, of which 576 species and 44 genera are endemic, including two endemic plant families. Vertebrate diversity and endemism are also very high, with 107 mammal species including 11 endemic species and two monotypic endemic genera. In terms of avifauna, there are 368 bird species, of which 11 species are endemic. For reptiles, there are 113 species of which 24 species are endemic, including three monotypic endemic genera. The diversity of amphibians includes 51 species of which 22 are endemic.

Located 550 km off the Pacific coast of Costa Rica, it is the only island in the tropical eastern Pacific with a tropical rainforest covering an area of 202,100 hectares. With a surface area of 2,400 hectares it supports the only humid tropical forest while the remaining 199,700 hectares protect its mostl pelagic marine ecosystems, and the most diverse coral reefs of the entire Eastern Tropical Pacific.It is home to some 70 endemic species of vascular plants and several endemic animals, including three birds, two reptiles and even two freshwater fish. Smaller satellite rocks around the island support nesting and resting habitats for numerous migratory and resident bird species. Large pelagic species, especially several species of sharks are found here including the near-threatened Silky and Lemon Shark, the vulnerable Bigeye Thresher Shark and Galapagos Shark, the emblematic and endangered Hammerhead Shark, as well as White-tip Reef Shark and Black-tip Shark. Among some 300 recorded fish species here are the vulnerable Whale Shark and Blue Marlin, as well as Sailfish Broadbill Swordfish, Shortbill Spearfish, Giant Manta Ray and Pelagic Stingray. Blue Whale and Bottlenose Dolphin are among the visiting marine mammals here.