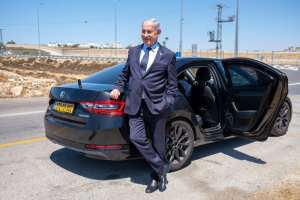 Benjamin Netanyahu’s return to the hot seat in Israeli politics on December 29, 2022, has fuelled an unprecedented wave of fear-mongering as Palestinian settlers in Gaza Strip and the West Bank brace themselves for an intense struggle in the face of mounting pressures from a far-right extremist government. Netanyahu made it clear at the onset that he wants to facilitate increased Jewish settlements in both the West Bank and the Gaza strip, where Palestinians abound.

Though on the face of it Netanyahu and his cabinet did not utter anything ominous, observers of the Palestinian crisis were of the opinion that the extreme far-right cabinet augurs increasingly forcible occupation of Palestinian lands, accentuated displacement of Palestinian settlers, and a trail of murders of Palestinian citizens. They also voiced fears of pronounced racial slurs creeping into the settlements.

It forays into an increased number of Palestinians falling targets and thereby theft of the lands they occupy said the observers. At the helm of the affairs is Bezalel Smotrich, who in addition to being finance minister in the new cabinet will be directly overseeing all issues pertaining to illegal settlements in the West Bank. It is read as being a direct pronouncement in favour of an armed struggle for freedom and liberation from Israeli authority.

Hamas spokesman, Hazem Qassem was quick to respond with the war cry, stating a potential explosion was waiting to happen if Israel intensifies its hostilities in the Gaza strip and West Bank regions. Qassem sounded a clear war cry about escalating violence and Palestinian prisoners being faced with mounting restrictions besides Palestinians facing increasingly adverse living conditions. “Our armed men will not watch this and stand idle. We are ready to go all out to defend the Palestinian people,” he averred. The Hamas spokesman also appealed for the occupied territory’s various Palestinian factions to unite and fight against Israel’s aggressive demeanour.

Both the Palestinian observers and government spokesmen voiced their concern about the growing number of popular resistance groups in the occupied territory. Netanyahu’s return to power as prime minister of Israel is expected to launch a sharp focus on battling these groups. It’s also expected that restrictions on the movement of Palestinians in the vicinity of the Al-Aqsa mosque too will witness a sharp escalation in violence. The key fear that the Hamas militant outfits harbour is Netanyahu’s plan to expand the Jewish settlements and annex Palestinian land in the process.

In the current situation, Netanyahu’s government will be focusing on the normalization of ties with its Arab neighbours besides trying to curb Iran’s nuclear ambitions. With Netanyahu having his hands full in his new run, the Palestinians feel there won’t be any violent escalation of the war in the short term. However, Netanyahu’s pronouncement that Jewish people have an exclusive right on all the land between the Jordan river and the Mediterranean sea, has set the amber lights blinking for the war-mongering factions in the Hamas group.

Earlier this year, the Palestinian strip along Gaza and the West Bank was subject to almost routine military raids by the Israeli forces in addition to an intense three-day-long bombing in the month of August 2022. As global observers keep their fingers crossed over how long it will take for a resolution of the crisis, Netanyahu’s far-right wing cabinet is well on its way to seeking implementation of its aggressive ambitions.

In the meantime, one of Israel’s key allies, the United States is looking forward to working with the new Israeli government under the leadership of Prime Minister Netanyahu to promote peace, and prosperity in the region, and to advance the interests and values that have been at the heart of their relationship for decades. The US Secretary of State Antony J. Blinken said the deep bonds between the United States and Israel have long been based upon an unwavering commitment to Israel’s security and certain shared ideals, including democratic principles and a vision of Israel at peace with its neighbours.

“As President (Joe) Biden said, we will work with the new government to jointly address the many challenges and opportunities facing Israel and the Middle East region, including the threat from Iran, and will continue to support a two-state solution and oppose policies that endanger its viability or contradict our mutual interests and values.  The United States will remain committed to promoting equal measures of freedom, justice, security, and prosperity for Israelis and Palestinians alike,” Blinken said.