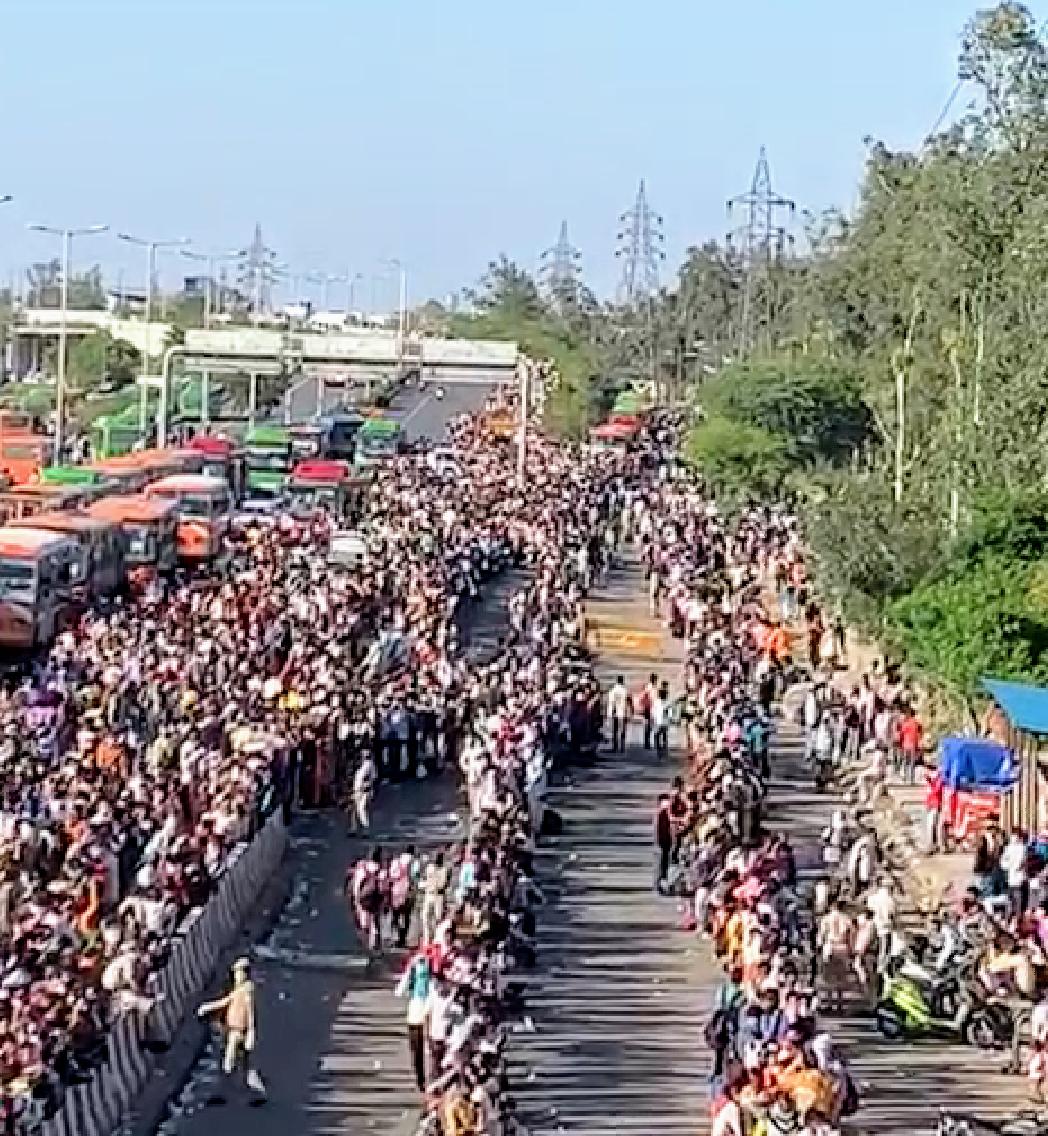 Making a mockery of lockout efforts to contain coronavirus spread , a huge crowd of migrant workers mostly from Bihar and Uttar Pradesh seen in a rush to return to their native places near Anand Vihar Inter-State Bus Terminal in New Delhi on Saturday

[the_ad_placement id=”adsense-in-feed”]
By Dheeraj Kumar
Patna: After registering his protest against the move by UP regime and other state governments to arrange buses for migrant workers who want to return to their home state Bihar, chief minister Nitish Kumar has ordered for setting up relief camps in bordering districts for their stay, food and medical facility. Kumar asked authorities concerned to set up relief camps in districts bordering Jharkhand, West Bengal, Uttar Pradesh and Nepal. He also announced an assistance of Rs 7 crore from his MLA fund.
Kumar had objected to Uttar Pradesh chief minister Yogi Adityanath’s decision to provide buses to migrant workers for their travel to their respective destinations in his state.
Meanwhile, with the detection of one more Corona positive case late last night, the total number of positive cases has increased to 11 in Bihar so far.
Official sources said here today that blood samples of a total of 89 suspect cases were sent for laboratory test yesterday and report of one of them was found positive while another case was also found positive last night increasing the total number of positive cases to 11 so far.
A woman staff of a hospital in Patna was found to be Corona positive where first Corona positive patient Mohammed Saif Ali was admitted before being sent to to All India Institute of Medical Sciences Patna, where he died during treatment on March 21. After it came to light that Mohammad Saif Ali  was a Corona virus positive case, staff of private hospital where he was admitted, were isolated and their samples were sent for laboratory test with detection of one women staff of the hospital as a positive case. Total number of  positive cases in the said Hospital increased to 3 while another woman, a relative of Mohammad Saif who had come into to contact with him was also found to be positive case.  A woman and her son who had come into contact with Mohammed Saif during his stay in native village Chauramba in Munger district, were also found to be Corona positive cases. Mohammad Sharif had returned from Qatar recently and his condition deteriorated during stay in Munger district
0
0
Tags: Bihar chief minister Coronavirus in Bihar Migrant workers Nitish Kumar Yogi Adityanath