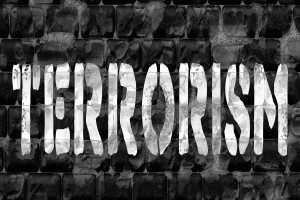 QUAD nations denounce the use of terrorist proxies in Afghanistan

Washington D.C.: Pakistan’s role in Afghanistan came under close scrutiny in course of the bilateral meeting between the United States’ President Joe Biden and Indian Prime Minister Narendra Modi as well as the first meeting of the QUAD nations – Japan, US, India and Australia -here on September 24, 2021.

Briefing mediapersons today, Indian Foreign Secretary Harsh Vardhan Shringla, said today that there was “very careful consideration” during the bilateral meeting between Biden and Modi, by both sides on the support given to certain hard line elements in Afghanistan, including terrorist groups “by certain neighbour” of Afghanistan.

“I think there was a clear concern expressed in that regard on Pakistan’s role in Afghanistan and their continuing support for a certain approach that did not seem to be conducive to the international community’s, expectations of what Afghanistan should be like,” Shringla said. He mentioned that the UN resolution 2593 was the gauge by which the international community would judge that situation in that country and developments there off.

The UN resolution 2593 on Afghanistan, which was adopted under India’s Presidency of the United Nations Security Council, an important resolution,  reflected the international community’s general view on the situation in Afghanistan and the obligations of the ruling dispensation there to fulfill certain conditionalities that the international community felt were important. And so the two sides underscored the importance of combating terrorism in Afghanistan.

Both Biden and Modi called the Taliban to adhere to these all of its commitments under resolution 2593, that includes  the issue of ensuring that Afghan territory is not used to threaten and attack any countries, to shelter or train terrorist groups, to plan a financed terrorist attacks. Resolution 2593 also underscored the importance of combating terrorism in Afghanistan. It also called upon the respect to human rights of women, children, minorities, provision of humanitarian assistance and access to humanitarian workers and  called upon the two sides to secure an inclusive political negotiated settlement in Afghanistan.

At the bilateral meeting both agreed that the issue of terrorism was very important, and noted that the US and India would be organizing a counter-terrorism joint-working group meeting, a designations dialogue and there was also going to be a renewed US-India homeland security dialogue in the areas of law enforcement and security.

The QUAD nations too, in their joint statement, said in South Asia, they will closely coordinate their diplomatic, economic, and human-rights policies towards Afghanistan and will deepen their counter-terrorism and humanitarian cooperation in the months ahead in accordance with UNSCR 2593. “We reaffirm that Afghan territory should not be used to threaten or attack any country or to shelter or train terrorists, or to plan or to finance terrorist acts, and reiterate the importance of combating terrorism in Afghanistan,” the statement said.

Without naming Pakistan, the QUAD nations denounced the use of terrorist proxies and emphasized the importance of denying any logistical, financial or military support to terrorist groups which could be used to launch or plan terror attacks, including cross-border attacks. “We stand together in support of Afghan nationals, and call on the Taliban to provide safe passage to any person wishing to leave Afghanistan, and to ensure that the human rights of all Afghans, including women, children, and minorities are respected.”

The QUAD nations also vowed to continue to champion adherence to international law, particularly as reflected in the UN Convention on the Law of the Sea (UNCLOS), to meet challenges to the maritime rules-based order, including in the East and South China Seas. “We affirm our support to small island states, especially those in the Pacific, to enhance their economic and environmental resilience. We will continue our assistance with Pacific Island countries on responses to the health and economic impacts of COVID-19 and on quality, sustainable infrastructure, as well as partner to mitigate and adapt to the impacts of climate change, which poses especially serious challenges for the Pacific,” the Quad joint statement said.