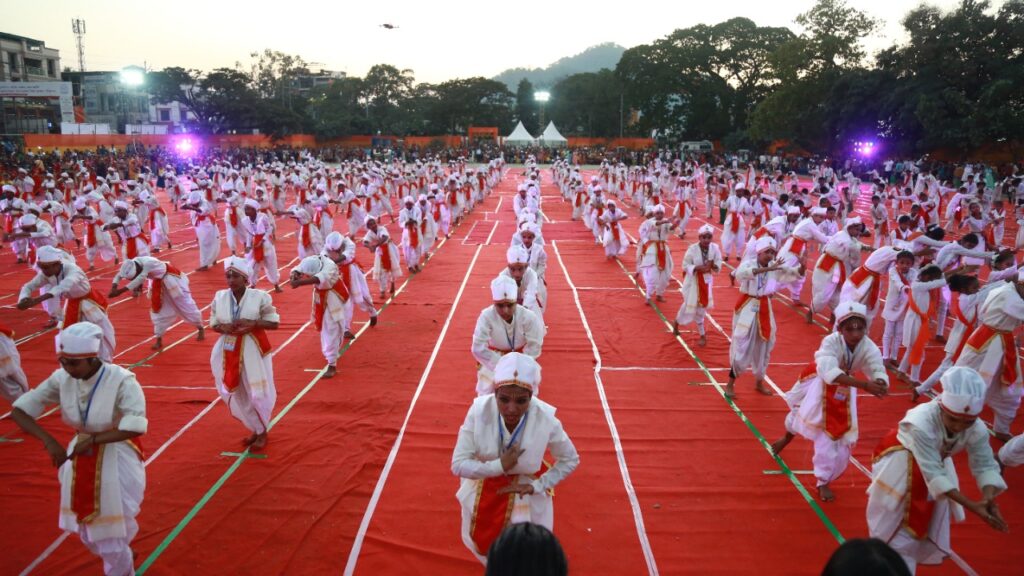 Guwahati: A splendid show by hundreds of sanitation workers’ children at Sonaram playground in the Bharalu locality of the city mesmerised thousands of audience, where 2০০ pupils performed Bhortaal Nritya and 500 traditionally dressed participated in a group Sattriya dance programme. 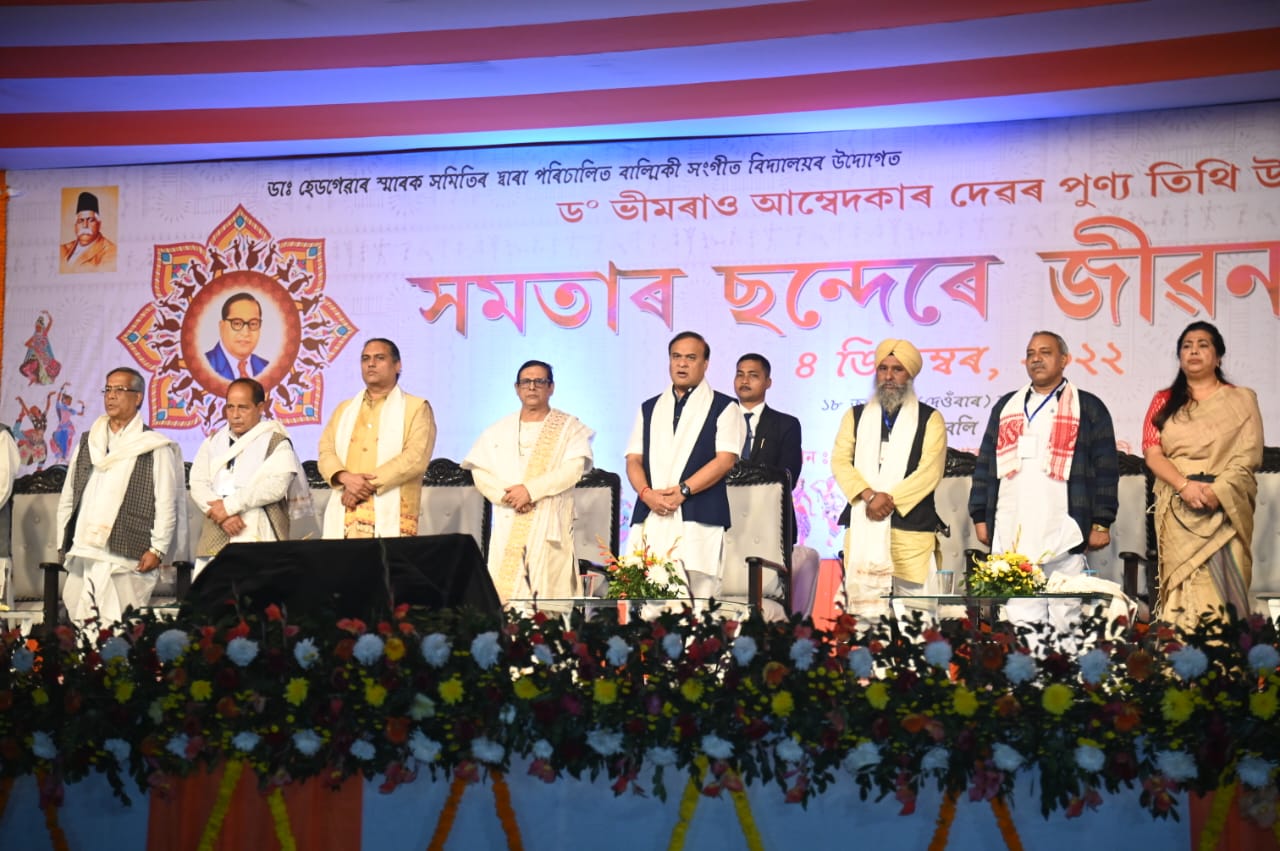 Talented children of sanitation families selected from 20 slum areas in the city also performed Bihu, Bihari and Punjabi folk dances. CM Sarma also appreciated the Hedgewar trust, which has been working for education, health and reforms in various under-developed localities of northeast India.

Addressing the gathering, Ram Dutta Chakradhar, Saha Sarkaryabah of Rashtriya Swayamsevak Sangh (RSS), commented that India was a great nation in the past and every Indian should work to make the country Vishwa Guru (the teacher of the world). Speaking about Babasaheb Ambedkar’s mission to help every Indian to get equal rights and facilities, Dutta pointed out that martyr Bhagat Singh wanted to take his last food from the hand of a sanitation worker before he was hanged.

Noted Assamese writer-journalist Anuradha Sarma Pujari commented that there is no inequality in nature, where the trees and animals survive in harmony. She questioned, then why human beings differentiate by the birthplaces of a particular profession. Sarma Pujari termed the Babasaheb scripted India’s Constitution as the best in the world.

In the beginning, distinguished personalities paid floral tributes to the portrait of Dr Ambedkar. Satradhikar Noni Gopal Devgoswami of Dakshin Pat Satra, Sattradhikar Janardan Devgoswami of Uttar Kamalabari Satra, Sattradhikar Nigamananda Adhikari of Chamaria Satra, Sattradhikar Rajiblochan Sant of Sualkuchi Iswarhati Satra, Hedgewar trust secretary Khagen Saikia along with a number of dignitaries were present on the occasion. The welcome address was delivered by the organising committee’s president Ram Singh and a vote of thanks was offered by its secretary Shiva Basfor.