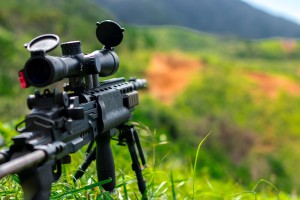 Srinagar: Two terrorists were gunned down by the Indian Army  in an ambush in the Kupwara district in North Kashmir on Saturday morning. The army also recovered two AK-47 and war like stores.

The Indian army’s Chinar Corps subsequently tweeted,”Early morning today, suspicious move was detected by own troops at Naugam sector, Baramulla along the Line of Control. Own forces swiftly launched an ambush, resulting in elimination of two terrorists. 2 AK47 and war like stores recovered.”

It may be mentioned that in the last five-and-a-half months, over 100 terrorists have been neutralised in the valley, out of whom over  50 were from the Hizbul Mujahideen, around 20 from the Lashkar-e-Taiba, 20 from the Jaish-e-Mohammed and the rest from smaller outfits like Al-Badr, Ansar Gazwatul Hind.