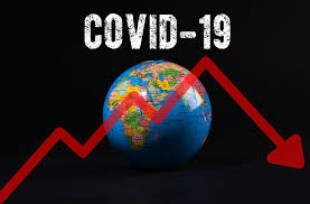 Even as conspiracy theories keep doing their rounds globally and people continue to live in fear of being infected by the Coronavirus there are a few logical and plausible thoughts which can make people think rationally and avoid being the target of fear mongering, be it from social media or print media or electronic media.

To set things in perspective let us examine what statistics reveal about this ailment over the initial three months till May 15, 2020. The number of deaths due to Coronavirus world over for this period stands at 3,14,687.

Figures show that common cold was a bigger killer in the same period with fatality figures standing at 3,69,602. Malaria also registered higher number of deaths during this period standing at 3,40,584.

Suicides that occurred in the same period claimed 3,53,696 fatalities which again is significantly higher than the statistic for corona deaths. Still higher are the fatalities resulting from road accidents. The only figure that is considerably lower than that of Coronavirus deaths is HIV which stood at 2,40,950. Alcohol and smoking claimed very high fatality figures standing at 5,58,471 and 8,16,498 respectively. The highest fatality figures for this period goes to the still dreaded killer ailment namely cancer. Cancer claimed 11,67,714.

If people still want to maintain that corona is the most dangerous plague across the world, it’s time to set the amber lights blinking over their thinking faculty. It is quite possible that the media campaign has been set in motion to settle the trade war between America and China. There can also be plans put in motion to reduce financial markets to set the stage for big conglomerates to effectuate mergers and acquisitions.

This may also be a bid to sell US treasury bonds to cover fiscal deficits. It can also be panic created by pharma companies to sell their products like sanitizers, masks and medicines. Whatever be the reasons, it must be clear by now that you require to balance your newsfeed that is caused by fear and panic.

To give you a perspective of how India has fared in this world pandemic, 33,38,724 people are sick with corona virus at the moment out of which 32,00,000 are abroad. This implies that if you are not in or have not visited any foreign country, 95% of your concern should get eliminated. Still better, even if you do contract Coronavirus this should not cause you to panic. Statistics made available by alternate world media indicate that 81% of corona cases are mild. Under the moderate category 14% of the corona cases get resolved. As low as 5% of the Corona cases are critical.

It’s a clear sign that even if you do get a Corona virus attack, you are most likely to recover from it. There is also fear mongering from some quarters stating that Corona is worse than Sars or Swine Flu. This again is a fallacy as Sars has a fatality rate of 10% and Swine Flu’s corresponding fatality rate is 28%.  Contrastingly, the fatality rate of Corona virus stands at 2%.

Age wise statistics also offer much relief as India has a huge young population. It states that the death rate for people below 55 years of age is only 0.4%. This interprets as people who are living in India and are under 55 years of age, stand a better chance to win a jackpot than contract Corona.

Again, to augment the argument against fear mongering, let’s take the instance of deaths on say on particular day, May 1, 2020. Corona claimed 6406 deaths globally. On the same day, 26,283 people died of cancer. 26,641 people died of heart ailment. Diabetes claimed 4,300 fatalities. To top it all suicides took 28 times more lives than the virus did.

To sum it up, you just need to do the daily things to support your immune system and observe proper hygiene. There is no need for anyone to live in fear.