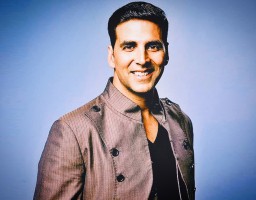 Mumbai.  Superstar Akshay Kumar is the only Indian celebrity on Forbes’ annual global list of 100 highest paid celebrities and is ranked 52 with his earnings of around $48.5 million between June 2019 to May 2020. Like this year, last year also he was in the list and was ranked 33 with $65 million. Model-entrepreneur Kylie Jenner with $590 million is at the top of the list.

In Forbes list the star has left behind Hollywood celebrities like Will Smith, Angelina Jolie and singers like Jennifer Lopez, Lady Gaga, Katy Perry and Rihana.

Forbes also praised Akshay Kumar for his social work and also called described him as a “Bollywood’s top-earning star” and “One of India’s most philanthropic celebrities”. Recently he had donated $4.5 million to Coronavirus relief in the country. Soon Akshay Kumar is going to debut in web-series through Amazon Prime’s The End and has films such as Laxmmi Bomb, Sooryavanshi, Prithviraj and Atrangi Re lined up for release.

The star in the past had also received Honorary Doctorate of Law in 2008 by University of Windsor for his contribution in Indian Cinema, Padma Shri in 2009 by Government of India and was also awarded the Asian Award in 2012 for his outstanding achievement in Cinema.