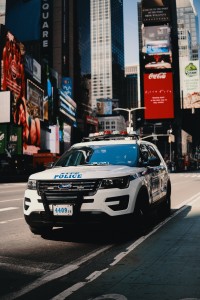 Photo by Alec Favale on Unsplash

New York:  After 99 days of the COVID crisis, Governor Andrew M. Cuomo’s plan to reopen New York State on Monday focuses on getting people back to work and easing social isolation without triggering renewed spread of the virus.

“In terms of reopening, we have been doing it based on the data and the facts. The number of hospitalizations are down and the number of deaths are up slightly. But overall, the trajectory is down,” Cuomo said.

New York State on Sunday confirmed 781 additional Coronavirus cases, bringing statewide total to 378,097, with new cases reported in 39 counties. The Governor said the state was launching new focused testing strategy in NYC to closely monitor reopening — Prioritizing 15 testing sites across NYC for individuals who had participated in recent protests in the city following the death in Minneapolis police custody of George Floyd, a black man.

Terming COVID and murder of Floyd as “two separate issues”, the Governor said “we are working on both and we will talk about both of them on the reopening”. He added: “We had continued protest across the state last night. For the most part they were peaceful. The protesters all across the state, all across the nation, are basically saying the same thing. There is an anger, there is a frustration, there is a spirit of activism because people want change, and there should be change. And I said from day one that I figuratively stand with the protesters and this is about making change and action.”

While claiming that in New York they could “flatten the curve”, Cuomo asked the citizens to “stay disciplined” and not be “foolish”.

“Arizona is seeing an increase in their numbers. South Carolina, new record with more than 500 in a single day. Hot spots across the South and in California as Northeast slows – that’s us. California posted highest number of new coronavirus cases on Thursday. Florida 1,000 for the fourth day in a row. U.S. 1.8 million spread rises with turmoil. These are facts. This can happen. This can happen. We know it can happen because it happened here. We’ve made all this progress. Please, please – I know it’s been 90 days – please, stay disciplined, stay smart because it is working. We’ve come a long way and a lot of people have suffered to get here and a lot of people have died. Let’s not be foolish now,” he said.

Governor Cuomo stated: “We said the reopening is calibrated to the metrics in the data. If that’s where we are, that’s good news, it means the plan is working, it means that we bent the curve, and on those numbers, we can advance the reopening. Hudson Valley is on track for Phase 2 on Tuesday. Long Island is on track for Phase 2 on Wednesday. We’re going to allow socially distanced graduations outdoors with up to 150 people total beginning June 26th. That’s when the schools start to graduate, high schools, and it gives us a couple of weeks between now and then.”