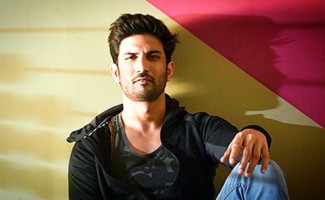 Mumbai: Sushant Singh Rajput was among one of the finest young actors in Bollywood. His charm and acting skills made him a heartthrob. The actor had always called himself lucky since he got a chance to enact as a former cricket captain Mahendra Singh Dhoni in the biopic, M.S.Dhoni: The Untold Story. It is heartbreaking to believe that the actor who said ‘Suicide is not an option’ in his last film ‘Chhichore’, himself committed suicide on Sunday.

Even as mortal remains of Sushant’s body were taken out from his residence, unofficial reports pouring in late Sunday night informed that  the most plausible explanation that is deduced is that his longtime girlfriend Ankita Lokhande who is a TV actor had ditched him and got engaged to  businessman Vicky Jain previous week.  While there was no debunking at the time of going to press, the depression theory due to continuous lockdown and social isolation was also doing the rounds.

The 34-year-old actor who had carved a niche for himself in the film industry post getting popular in Hindi television serials, was found hanging in his Bandra home by his domestic help. who alerted the police. No suicide note was found, the local police reported. The incident when confirmed created shockwaves in media circles with twitter handles getting extra active. Pavitra Rishta, the popular tele serial that shot him to fame also served as a stepping stone to his Bollywood performances like in Kai Po Che and Kedarnath among other hits.

So far there is no evidence of any prior incident that led to this tragedy. However, it was reported that nearly a week back, Rajput’s former manager Disha Salian had committed suicide. She had jumped off the upper storey of her high-rise residence in Malad. As of now there is nothing to suggest or hypothesize that these two suicide deaths might have any connection.

The Deputy Commissioner of Police with a team of forensic experts were busy collecting all the items that could serve as a clue from the dead actor’s flat. At the time of going to press, it was stated that the post-mortem reports would be generated from Cooper hospital. The police also informed that prior to his death he had made a call to his friend. The timing of the call and how long it took place before his death is yet to be out.

While the exact cause for the actor’s suicide as cited by the Bandra police is not known, consultation with medical faculty said it might be due to depression caused by prospects of an interminable lockdown. It is however, difficult to pinpoint as in many instances, depression does not manifest with the same set of symptoms, and in some instances, there may be no visible signs.

Alternate theory that was suggested was the extremes of pressure to perform that takes its toll on the mental health of professionals in the entertainment industry might have precipitated the tragedy. While  some instances get attributed to issues related to on screen performance, there is also a possibility of pressures encountered in personal life or off-screen happenings. Managing personal relationships and projecting the right media image can also be stressful at times.  The suggestion did not altogether rule out the possibility of social isolation resulting from continued lockdown being a factor that might have caused the actor to take this extreme step.

On June 3 this year, Sushant posted a photo of his late mother, who died in 2002, on Instagram with an emotional caption. During investigation, Sushant’s domestic help told police that the actor was dealing with depression for the last six months.

Sushant’s uncle has meanwhile alleged that the actor was murdered and has asked for further investigation. He also pointed out at his nephew’s ex-manager Disha Salian suicide and said he did not believe it was a mere coincidence. Their Patna residence caretaker Laxmi reportedly said that “the actor had called his father a few days ago and said that he will come to Patna and will take him for a walk on the hill somewhere. ” Instead of him,  the news of his death reached his father.

Sushant was not only good at acting but was also  good in his studies. He had dropped out from his Engineering college to pursue his passion for acting.  He  joined Shiamak Davar’s dancing academy. In an interview he had shared his experience of dancing with Aishwarya Rai Bachchan at London Commonwealth Games, 2006. He had narrated how after lifting her up during the dance performance at the closing ceremony, he had just forgotten to put her down,  and Aishwarya wondered why he was not putting her down. He also added that After that performance he became very famous in the academy.

While doing Pavitr Rishta he had made headlines for his relationship with ex-girlfriend Ankita Lokhande.

Sushant was one of those few tele-celebrities who made their mark in Bollywood. One of them was Shahrukh Khan and he had effusively praised Sushant who had debuted in Bollywood with ‘Kai Po Che’ and won Best Male Debut Screen Awards for his role in the film. Other than ‘Kai Po Che’ he also  worked in films like Detective Byomkesh Bakshi, Sonchiriya, Sudh Desi Romance, PK, Drive, M.S. Dhoni: The Untold Story‘, Raabta, Kedarnath, and Chhichore.