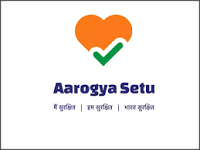 New Delhi: In order to make Aarogya Setu app “more robust and secure”, Government has made its code Open Source, a Ministry of Electronics & IT release stated on Tuesday.

“Government of India also seeks the developer community to help identify any vulnerabilities or code improvement,” it said.

To further enhance its security and build user’s trust, government has also launched a “Bug Bounty Programme” with a goal to partner with security researchers and Indian developer community to test the security effectiveness of Aarogya Setu.

It may be mentioned that India had launched Aarogya Setu mobile App on April 2, 2020, “for helping augment the efforts of limiting the spread of COVID19”.

The App offers a comprehensive suite of interventions against COVID-19, and enables bluetooth-based contact tracing, mapping of likely hotspots and dissemination of relevant information about COVID19.  The ministry said the App has over 114 million users as on May 26, which is more than any other Contact Tracing App in the world. The App is available in 12 languages and on Android, iOS and KaiOS platforms. and has registered several firsts in the eight weeks since its launch.

The Aarogya Setu data fused with historic data has shown enormous potential in predicting emerging hotspots at sub post office level. The Aarogya Setu team has identified more than 3,500 hotspots across the country at sub-post office level, and around 1264 emerging hotspots have been identified across India that might otherwise have been missed. Several of these predicted hotspots were subsequently verified as actual hotspots in the next 17 to 25 days, the ministry claimed.

The government decision to make the Open Source also seem to be aimed at dispelling allegations from Opposition parties that the app  infringed on the privacy of individuals.  “The key pillars of Aarogya Setu have been transparency, privacy and security,” the ministry release reiterated. It added: “Opening the source code to the developer community signifies our continuing commitment to the principles of transparency and collaboration.”