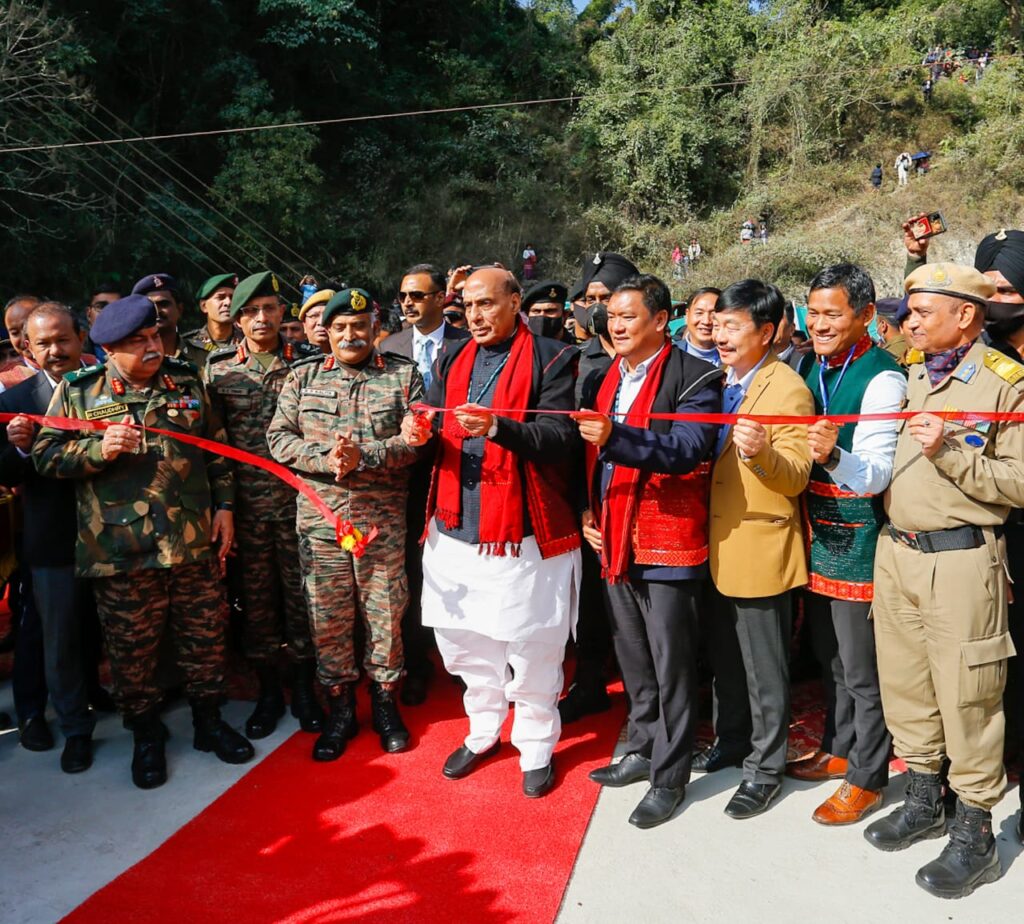 Itanagar: 28 infrastructure projects of Border Roads Organisation (BRO), worth Rs 724 crore, were dedicated to the nation by  Defence Minister Rajnath Singh during an event organised at Siyom Bridge on Along-Yinkiong Road in Arunachal Pradesh today.

The projects comprise 22 bridges, including the Siyom bridge; three roads and three other projects in seven border States/Union Territories of Northern and North-Eastern regions. Eight of these projects are in Ladakh; five in Arunachal Pradesh; four in Jammu & Kashmir; three each in Sikkim, Punjab and Uttarakhand and two in Rajasthan. In addition, three telemedicine nodes – two in Ladakh and one in Mizoram – were inaugurated.

The event at Along-Yinkiong Road witnessed the physical inauguration of the strategically-important Siyom Bridge, while the other projects were dedicated to the nation virtually. The Siyom Bridge is a state-of-the-art 100-meter long, Class 70 Steel Arch Superstructure Bridge over the Siyom River in Arunachal Pradesh.

The three telemedicine nodes e-inaugurated by the Singh will be connected with Service hospitals through VSAT (Very Small Aperture Terminal) satellite communications system. It will provide prompt medical intervention for medical and surgical emergencies through Telemedicine consultation with specialists at Service hospitals using SATCOM VSAT communication. This is one of the unique achievements of BRO in providing medical services to its personnel in remote border locations through the use of space technology. The Defence Minister expressed hope that these nodes will prove to be helpful for the health-related needs of the local people.

With the inauguration of these 28 projects, which were completed in 2022, a total of 103 infrastructure projects of BRO have been dedicated to the nation in the year at a total cost of Rs 2,897 crore. In October last year, 75 projects, worth Rs 2,173 crore, were inaugurated by the Defence Minister from Shyok village in Ladakh. In 2021, 102 such projects of the BRO, were dedicated to the nation at a cost of Rs 2,229 crore. 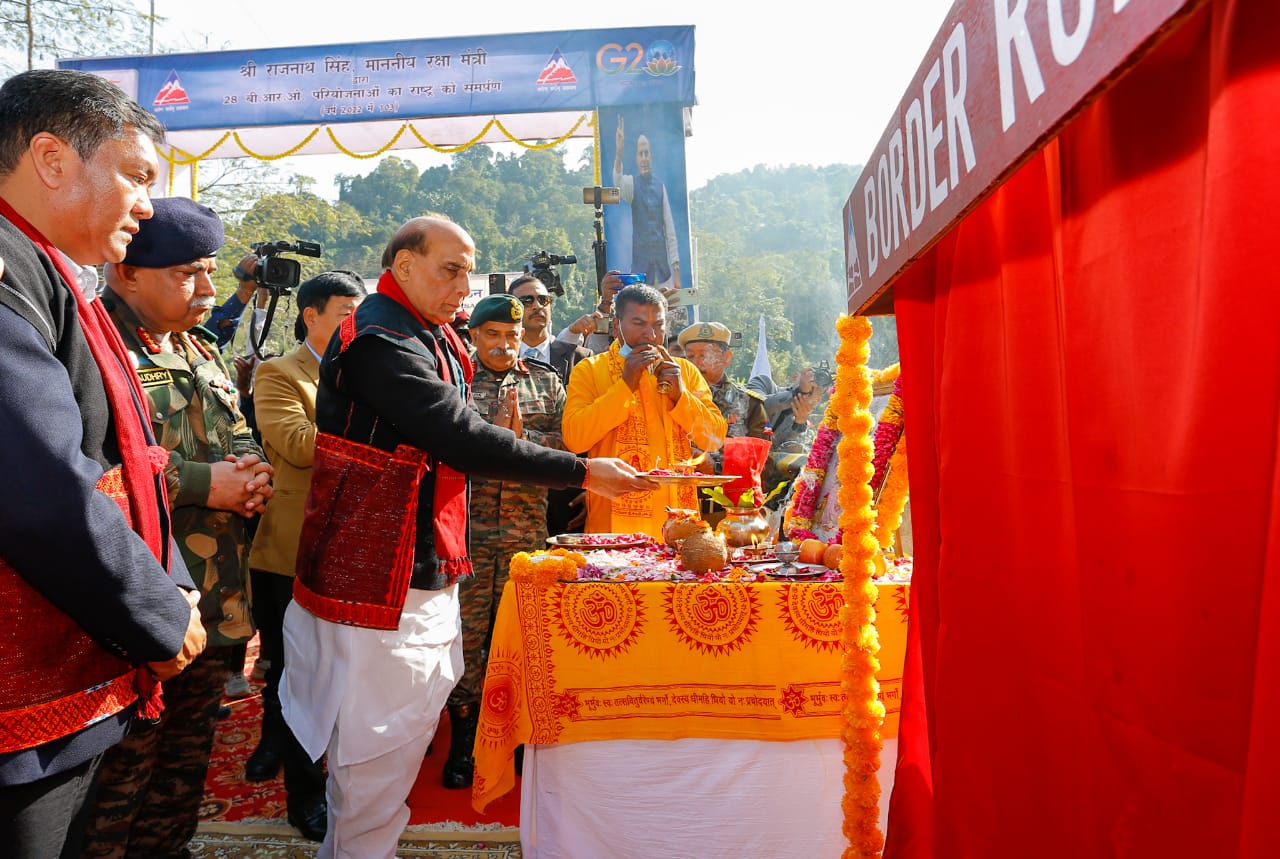 On the occasion, the Raksha Mantri also released a Compendium on New Technologies. It incorporates the latest technologies being adopted by the BRO in the construction of roads, bridges, airfields and tunnel infrastructure to negate the effects of remote and hostile terrain with adverse weather conditions, which unduly affects the quality of civil engineering works and meeting the completion timelines.