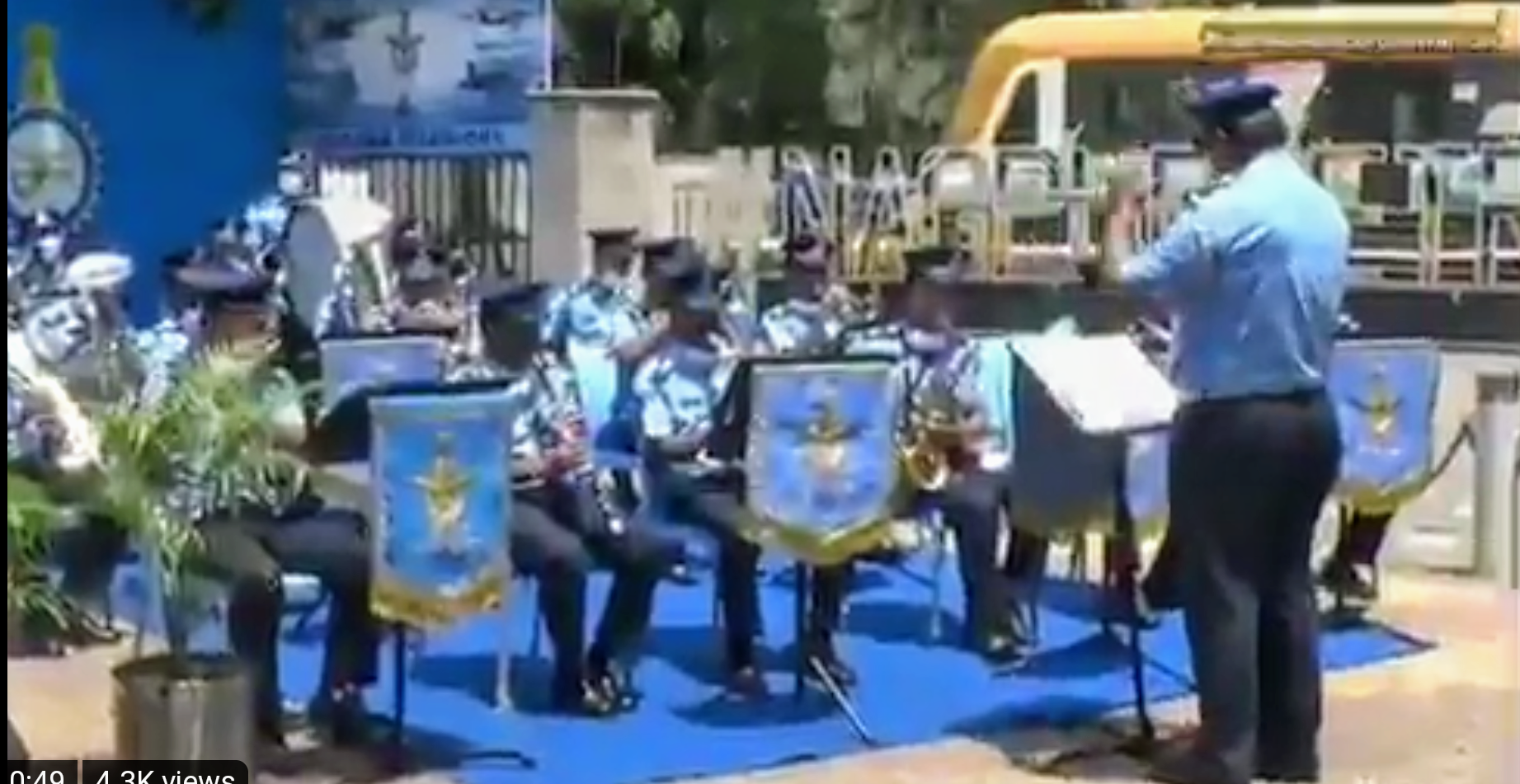 New Delhi: Indian armed forces paid rich tributes to India’s Corona Warriors in a unique military way on Sunday. From Srinagar to Thiruvananthapuram and Dibrugarh to Kachchh, the Army carried out various activities like laying wreath at the Police Memorials, honouring and felicitating health professions and emergency supply operatives. Visits to hospitals were carried out over hundreds of towns in all states from the local Army formations all over the Nation in small and big numbers by Army teams along with military bands which played patriotic tunes as a tribute to the Nation’s frontline warriors against Corona.

These Corona warriors, including doctors, nurses, hygiene and sanitation staff, police personnel, media and several others engaged in maintenance of essential services and supplies have steadfastly contributed to the national effort to prevent spread of COVID-19. “These Warriors are risking their lives every day to ensure that basic amenities such as electricity and water are delivered to everyone, streets are clean, basic food items are available, no patient is returned untreated, law & order is maintained and those Indians stranded abroad are brought back and cared for,” a Defense Ministry release said.

The armed forces’ activities started with laying wreaths at the local police memorials, an event which is truly unprecedented and brings the forces closer to their uniformed brethren.

The Armed Forces also organised multiple other events like fly past by fighter and transport aircrafts of the Indian Air Force (IAF) throughout the length and breadth of the country. The helicopters of IAF, Indian Navy and Coast Guard (ICG) showered flower petals on the hospitals treating COVID-19 patients. Army and IAF bands visited COVID-19 hospitals and played tunes in an expression of gratitude to the Corona Warriors.

Fighter aircraft formations, comprising of the Sukhoi-30 MKI, MiG-29 and Jaguar fly past over Rajpath and orbited over Delhi visible to the residents from their roof tops. In addition, C 130J Hercules transport aircraft also flew over NCR region.

The Navy and ICG ships formed formations near shores at select locations. Ships will be illuminated tonight at 25 locations covering the entire coastline of the country including the remote sites and far flung island territories of Andaman & Nicobar Islands, Lakshadweep and Minicoy islands.

Defense Minister Rajnath Singh  appreciated efforts of the Armed Forces today for carrying out hundreds of activities at various locations across the country on ground, in water and air to Salute the Corona warriors who have been steadfastly fighting to stop the spread of the virus.

Referring to the fly pasts and showering of petals by helicopters of IAF, Navy and Coast Guard on hospitals, he said “they saluted the nation’s resolve and unity in overcoming the challenges posed by COVID19 under the leadership of Prime Minister Shri Narendra Modi”.

Indian Navy joined the Indian Air Force and Indian Coast Guard  to express gratitude and salute the Corona Warriors. Station Commanders & Senior Naval Officers across the three Commands (Western, Southern and Eastern Naval Commands) and in Andaman and Nicobar Command met the Health Care professionals, policemen, sanitation workers and other frontline Corona Warriors  to  convey the appreciation on behalf of the Indian Navy and applauded their efforts in successfully treating the COVID-19 patients and also thanked for their relentless efforts. In  all 1500 Indian Navy personnel at INS Hansa, Goa expressed their appreciation by forming a Human Word Chain and thank the Corona Warriors.

Earlier in the day, the SNC band played some famous numbers on a warship berthed opposite the Cochin Shipyard Limited (CSL) and near the Vikrant-Venduruthy Bridge, epochal landmarks of Kochi. Naval Bands also performed onboard Ex-Viraat in Mumbai and in Visakhapatnam Harbour.

The day’s events culminated with 25 Indian Naval warships across nine port cities including those in Andaman & Nicobar Islands carried out illumination along with firing of flares and sounding of sirens from 7:30 PM onwards.[the_ad_placement id=”adsense-in-feed”]