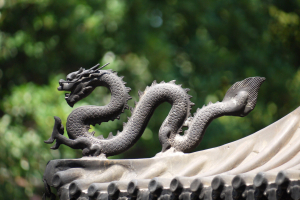 As we look to the future, we want not just to sustain the international order that made so much of that progress possible, but to modernize it, to make sure that it represents the interests, the values, the hopes of all nations, big and small, from every region; and furthermore, that it can meet the challenges that we face now and will face in the future, many of which are beyond what the world could have imagined seven decades ago.

But that outcome is not guaranteed because the foundations of the international order are under serious and sustained challenge.

Russian President Vladimir Putin poses a clear and present threat. In attacking Ukraine three months ago, he also attacked the principles of sovereignty and territorial integrity, enshrined in the UN Charter, to protect all countries from being conquered or coerced. That’s why so many countries have united to oppose this aggression because they see it as a direct assault on the foundation of their own peace and security.

Ukraine is fighting valiantly to defend its people and its independence with unprecedented assistance from the United States and countries around the world. And while the war is not over, President Putin has failed to achieve a single one of his strategic aims. Instead of erasing Ukraine’s independence, he strengthened it. Instead of dividing NATO, he’s united it. Instead of asserting Russia’s strength, he’s undermined it. And instead of weakening the international order, he has brought countries together to defend it.

Even as President Putin’s war continues, we will remain focused on the most serious long-term challenge to the international order – and that’s posed by the People’s Republic of China.

China is the only country with both the intent to reshape the international order and, increasingly, the economic, diplomatic, military, and technological power to do it. Beijing’s vision would move us away from the universal values that have sustained so much of the world’s progress over the past 75 years.

China is also integral to the global economy and to our ability to solve challenges from climate to COVID. Put simply, the United States and China have to deal with each other for the foreseeable future.

That’s why this is one of the most complex and consequential relationships of any that we have in the world today.

Over the last year, the Biden administration has developed and implemented a comprehensive strategy to harness our national strengths and our unmatched network of allies and partners to realize the future that we seek.

We are not looking for conflict or a new Cold War. To the contrary, we’re determined to avoid both.

We don’t seek to block China from its role as a major power, nor to stop China – or any other country, for that matter – from growing their economy or advancing the interests of their people.

But we will defend and strengthen the international law, agreements, principles, and institutions that maintain peace and security, protect the rights of individuals and sovereign nations, and make it possible for all countries – including the United States and China – to coexist and cooperate.

Now, the China of today is very different from the China of 50 years ago, when President Nixon broke decades of strained relations to become the first U.S. president to visit the country.

Then, China was isolated and struggling with widespread poverty and hunger.

Now, China is a global power with extraordinary reach, influence, and ambition. It’s the second-largest economy, with world-class cities and public transportation networks. It’s home to some of the world’s largest tech companies and it seeks to dominate the technologies and industries of the future. It’s rapidly modernized its military and intends to become a top tier fighting force with global reach. And it has announced its ambition to create a sphere of influence in the Indo-Pacific and to become the world’s leading power.

China’s transformation is due to the talent, the ingenuity, the hard work of the Chinese people. It was also made possible by the stability and opportunity that the international order provides. Arguably, no country on Earth has benefited more from that than China.

But rather than using its power to reinforce and revitalize the laws, the agreements, the principles, the institutions that enabled its success so that other countries can benefit from them, too, Beijing is undermining them. Under President Xi, the ruling Chinese Communist Party has become more repressive at home and more aggressive abroad.

We see that in how Beijing has perfected mass surveillance within China and exported that technology to more than 80 countries; how its advancing unlawful maritime claims in the South China Sea, undermining peace and security, freedom of navigation, and commerce; how it’s circumventing or breaking trade rules, harming workers and companies in the United States but also around the world; and how it purports to champion sovereignty and territorial integrity while standing with governments that brazenly violate them.

Even while Russia was clearly mobilizing to invade Ukraine, President Xi and President Putin declared that the friendship between their countries was – and I quote – “without limits.” Just this week, as President Biden was visiting Japan, China and Russia conducted a strategic bomber patrol together in the region.

Beijing’s defense of President Putin’s war to erase Ukraine’s sovereignty and secure a sphere of influence in Europe should raise alarm bells for all of us who call the Indo-Pacific region home.

For these reasons and more, this is a charged moment for the world. And at times like these, diplomacy is vital. It’s how we make clear our profound concerns, better understand each other’s perspective, and have no doubt about each other’s intentions. We stand ready to increase our direct communication with Beijing across a full range of issues. And we hope that that can happen.

But we cannot rely on Beijing to change its trajectory. So we will shape the strategic environment around Beijing to advance our vision for an open, inclusive international system.

President Biden believes this decade will be decisive. The actions that we take at home and with countries worldwide will determine whether our shared vision of the future will be realized.

*United States Secretary of State. The above write up is excerpted from his speech at the George Washington University today