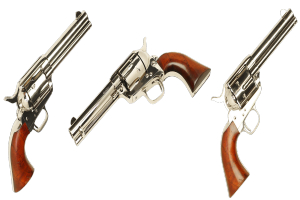 Guwahati: The killing of members belonging to the banned United Liberation Front of Assam (Independent) in their hideouts somewhere in Myanmar-China border areas and the subsequent irresponsible media coverage glorifying the brutal acts of separatist Ulfa (I) leaders really annoyed the majority population of northeast India.

The live streaming of militant leaders by many satellite news channels offering sufficient space to justify the murder of Assamese youths in their camps has come as a shock to the people here. Now demands are being raised to restrict the media outlets propagating the culture of violence in the name of an armed freedom movement run by some militants settled outside the country.

An anti-militancy organization – Assam Public Works, while condemning the news channels for interviewing Ulfa (I) leader Paresh Barua and telecasting the content to provide him with an opportunity to justify his terror outfit’s misdeeds, revealed that it would approach Gauhati High Court to ban both the mainstream and social media outlets of the region in their vicious initiative to admire the act of militancy.

The debate gained momentum when Ulfa (I) announced in the first week of May 2022, that they had ‘executed’ two of their cadres namely Sanjiv Sarma and Dhanjit Das in one of their hideouts following a judicial process. The militants claimed that both the new recruits were involved in anti-outfit activities (read spying for police) and were given capital punishments. The outfit, which is waging a so-called war against New Delhi for an independent Assam for decades, even claimed that both Sanjiv and Dhanjit confessed their crimes.

Assam Chief Minister Himanta Biswa Sarma, also in charge of the State home portfolio, strongly denied the presence of any spy from the State police department in the militant’s camps. The saffron leader, who has been pursuing the peace talk initiatives with Ulfa (I) for a year now, which has resulted in a unilateral ceasefire by the militants at least on the surface, showing their sincerity to the negotiation process, argued that it was beyond the State Government’s jurisdiction to send spies outside the country.

Lately, another casualty was reported from the Ulfa (I) camp, where one cadre named Biju Gogoi was found dead. The matter came to light only after an arrested rebel spoke to the police and claimed that he saw Biju’s body with bullet injuries in a camp inside the jungles of northern Myanmar.

Biju was associated with the All Assam Student’s Union and joined the Ulfa-I in 2019 following the uproarious situation that emerged due to rigorous protests against the Citizenship Amendment Act in the State’s Brahmaputra valley.

The arrested rebel claimed that Biju was gunned down by the militants as he tried to escape the camp. As the news spread, Ulfa (I) militants came out with a media clarification that Biju was not executed but he killed himself on February 12 last. Now the family members of Biju raise the pertinent question, why the militant leaders did not disclose it earlier. Biju’s mother demands proof that her son committed suicide by shooting himself in the camp.

Patriotic People’s Front Assam, a group of the local intelligentsia, while condemning the militants for killing Assamese youths, urged the local media outlets to be responsible while reporting the issue of militancy.

Providing live coverage to the militant leaders, the forum argues that the media organisations were only praising the militants for inhuman activities. The news anchors hardly questioned the authority of militants to declare someone traitors (for subsequent executions). Moreover, if the militants have the compassion to pay final respect to the victims by sending their bodies to the families, it was also not raised by the news presenters.

Shockingly a media club tried to accommodate live space to the hardcore militant leader with an arranged media interaction, which resulted in a police complaint against the Gauhati Press Club office-bearers. The complainant argued that many journalist-members of the same press club once stood against the separatist militants to hoist (and unfurl) the national Tri-colour on the club premises every Independence Day and Republic Day, but the present committee has spoiled the spirit of patriotism with an attempt to organize a press interaction with militants leaders. Time for pondering by the media personnel indeed!