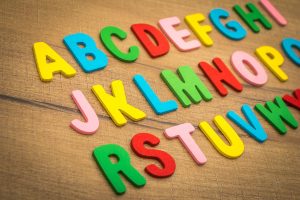 English is a must for social justice in India!

“We cannot pass such direction as the court language is English,” a bench comprising the then Chief Justice TS Thakur, Justice AK Sikri and Justice R Banumathi had observed when in 2015, a petition was filed before the Supreme Court, seeking its direction to make its judgments available in Hindi and regional languages. Promptly, the apex court had turned down the plea.

Two years later, on March 15, 2017, the Bombay High Court rejected another petition demanding that Marathi be made the official language of the court. This was the second time the court had dismissed the same petition, which had sought the court’s nod to the filing of petitions in the Marathi. The petitioner had alleged that the litigants who wanted to file petitions or argue in the language during the hearing were treated differently but the court brushed aside his argument.

The court had a reason to do so. In fact, English happens to be the official language of all the high courts across the country. As of now, only the lower courts can conduct proceedings in regional languages or the local state language.

This underlines the fact that ignorance is no excuse in the court of justice as Thomas Jefferson says “Ignorance of the law is no excuse in our country. If it were, the laws would lose their effect because it can always be pretended”.

Whether you are literate or illiterate, educated or uneducated, you are expected to know the law of the land, and the rules and regulations of the place where you live in. Apprehension about the relevance of English in free India is complete ignorance. We have to use English whether we like it or not.

India is a beautiful country because of its multilingual and diversified cultures. In a country where as many as 1,652 languages are spoken, it is impossible to know all of them. Therefore, in order to ensure easy flow of communication within the country, the Central Government came up with the three-language —English, Hindi and a regional language — formula in 1963. It means that the citizens of the country have to be well-versed in three languages.

But for the Supreme Court and the various subordinate courts, it was English which was deemed to be the official language for their day-to-day functioning. Hence, anybody wishing to get justice, from the highest court irrespective of his or her educational background, has to communicate with the court in English only.

The front page of the website of the Supreme Court clearly states, “All proceedings are conducted in English only”. This re-enforces this author’s view—English is a must for social justice in India.

After Independence, Hindi was chosen as the national language and it was intended that English, as a medium of instruction and communication, would be gradually replaced by Hindi. Such a decision was taken under none other than the dynamic leadership of Prime Minister Pandit Jawaharlal Nehru who had a commanding knowledge of English. Interestingly, Nehru is said to have once described himself as “the last Englishman to rule India”. It is not surprising considering the fact that Nehru had grown up under the eyes of a Westernised father, a successful lawyer and a late convert to the cause of India’s independence from the British. Even today, he is known for his intellect and English language skills.

Hindi, however, could not replace English under Nehru’s regime and a year before his death in 1963, his government passed the Official Languages Act wherein it was mentioned that English would continue in India for an infinite time. Hence, English is to stay in India. It is not going to go.

Dr. Birbal Jha is a noted author and social entrepreneur who imparts English training to students with the slogan ‘English for all’.