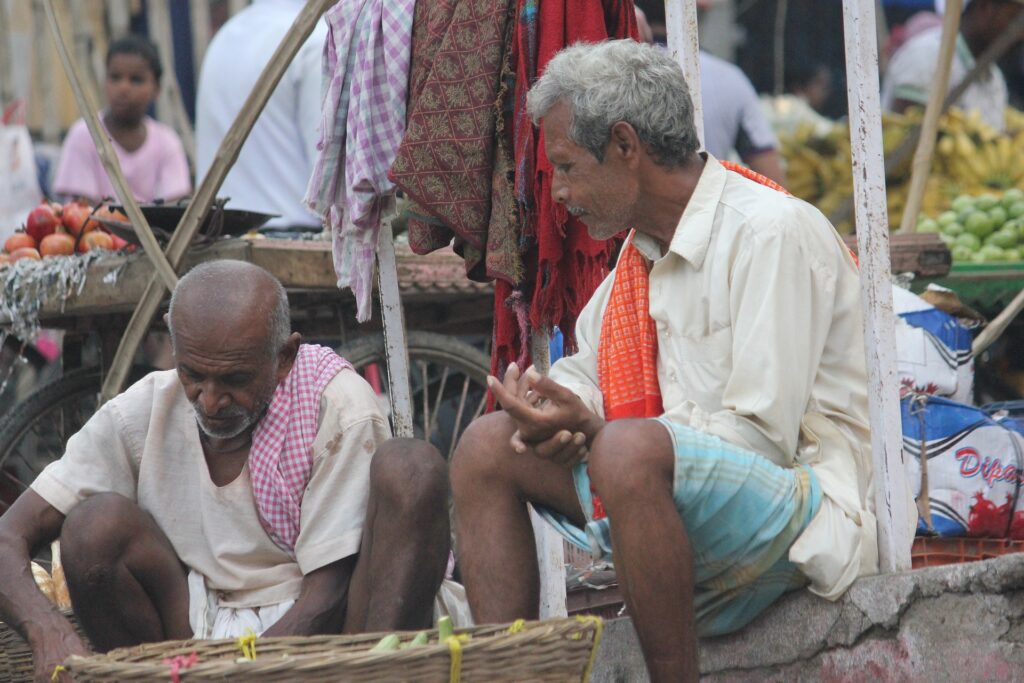 An internationally acclaimed Documentary maker from Kolkata, hailing from Samastipur from Bihar, in course of one such conversation with me, brushing my poignant argument of ‘Bihari Asmita‘ aside, sarcastically burst forth, “A State which cannot sustain its own population; a State whose inhabitants migrate into different States for the sake of eking out a living, notwithstanding the gravitas of those constituting the best of brains among them, the state is stripped of any conceivable dignity or honour as such.”

Unequivocally, the censorious comment coming from the documentary maker, Arvind Sinha, was a stark reality, staring nakedly at the face of Bihar. I, in the capacity of the author of Yes, I am Bihari, who showcased the glory of Bihar with my book, indubitably felt aggrieved by the documentary maker’s hurtful diatribe against Bihar.

Indeed, Arvind Sinha’s statement left me terribly enervative, yet the naked reality hardly left any scope for me to find solace or consolation in my fictitious glorification of the state which, notwithstanding its migrating population doing wonders, is unabashedly left to fend for itself. Then, I began my own introspection as to why Bihar continues to remain at the bottom of the developmental pyramid. Unequivocally, being subjected to an inferiority complex engulfing me, since my childhood days in Kolkata, where time and time again, I was humiliated with such derogatory references as ‘ Mero’, would pierce deep into my heart, where the question would reverberate in every nook and corner of my heart as to why we were inferior to Bengalis? Often, in course of deeper humiliation haranguing me, I would invariably reflect upon this vital question of being the sons and daughters of lesser gods. Worse still, the quibble I reflected upon, was that being an integral part of the nation, which the Constitution devolves upon us the rights of being equal stakeholders,  we would be afflicted with the incessant taunts and sneeringly being referred to as ‘ Mero’ as if we were from the different planets.

Moreover, as in the case of my childhood days, so were my days in Delhi: while boarding a bus to Lajpat Nagar, being a new entrant into the metropolis, I was stranded with the sense of indecisiveness: moving a step onward to de-board, yet uncertain of the stoppage being my final destination, I was recoiling. As I stood fixated with the sense of finality of decision still eluding me, a passenger just standing behind me, derisively quipped, ‘Lagta hai Bihari hai‘( it appears he is a Bihari). Smitten by such heart-rending observation which deeply pierced me, while unable to keep my composure intact, I invariably burst forth in English, “It appears that you do not know the mettle of Biharis or else, you ought not to have made this preposterous comment’. The man on the backfoot now, seldom anticipated the repartee in an immaculate English being fired from all cylinders from the man he derogatorily targeted as an inconsequential Bihari. Hence, scurrying for an outright cover, the man sought to defend his indefensible position, “No, I seldom meant that. Biharis are the IAS and IPS officers”.

My reaching Mumbai in 2010, in the wake of the assault of students coming in drove to Mumbai for taking railway examination, from the local goons owing allegiance to Raj Thackeray, almost refreshed my psychological injury which lay buried deep inside my mind: a writer in me began instigating a  Bihari in me to embark on a journey to pen the pathetic saga of Biharis in contemporary times across India. I began interviewing auto rickshaw pullers and other stakeholders on the receiving end from Thackeray’s goons. I vividly recall, that how one of the auto-rickshaw owners, broke into tears the moment I informed him that, how I was planning to write a book on their travails. He dissuaded me from going ahead with my expedition, on the ground that the unpleasantness of assault which had visited him in the past, might revisit them. I met Sanjay Nirupam, a Bihari politician who made it big in Maharashtra, then. I was even inclined to meet Raj Thackeray and Balasaheb Thackeray too, for intending to know how their assaulting poor Biharis and UPites fit into their overall vision of Hindutava? Unfortunately, I could not meet them. Significantly, when Sudheendra Kulkarni, the illustrious adviser to the Bharatiya Janata Party stalwarts Atal Behari Vajpayee and Lal Krishna Advani, agreed to launch the book in Mumbai after Nitish Kumar had done it on the occasion of Bihar Diwas 2016, I was really excited to take on the goons of Thackeray. However, the launch could not materialise. I was deeply fascinated to invite film star Shahrukh Khan for the launch, as he along with another film star turned politician, Bihar’s own Shatrughan Sinha. They were the fewest of celebrities to have protested against such an onslaught being unleashed against the poor Biharis who are the bonafide citizens of the nation and have every right to stay in Mumbai or wherever they choose to stay. This is the right the Constitution of India bestows upon them.

But then, the acerbic comment of Arvind Sinha was a grim illustration of the reality which stared nakedly at the face of Bihar and Biharis today. Bihar is a State known for high corruption; it is the only state of the Union, where a sitting chief minister, in the wake of being implicated in the scam, anointed his wife on the advice of the then Prime Minister Inder Kumar Gujral. It is the state which is notoriously divided along caste and creed, where a man’s congenital identity, rather than his merit, defines the position he occupies. The Brahmins, despite constituting the intelligentsia class, are languishing at the bottom of the political paradigm because meritocracy has been already strangled, with the numerical superiority of caste assuming its prominence. Small wonder then, with the combination of caste and creed institutionalised in the system, the development of the state had taken the back seat decades back, leaving the people in the lurch; to fend for themselves. No wonder, Biharis have made a mark for themselves outside Bihar, whereas the criminals have taken over as the Bhagya Vidhata of the state. Hence against this backdrop, when Biharis have been fleeing their state for decades on one ground or the other, it is hardly left with any sort of ‘Asmita‘ as what Arvind Sinha so evocatively articulated. Unequivocally then, even though his diatribe did cause me deep anguish and hurt, I was rendered gobsmacked, with the words eluding me to provide him with the suitable repartee. Thus I mused, ‘ When the Indian diaspora is glorifying India abroad, Biharis, however great achievers they are, they have failed to restore the honour and glory to their State or themselves. ‘ Biharis, irrespective of contributing the highest number of IAS and IITs, are still being looked down upon as the state which supplies labour to the nation. No wonder, the designation of trains such as ‘Shramjeevi’ Express from Patna, is a living testimony of the same.

*Author of Yes, I am a Bihari, himself is a Bihari in exile. He is an Author, Academician and a Public Intellectual. The views expressed are personal.