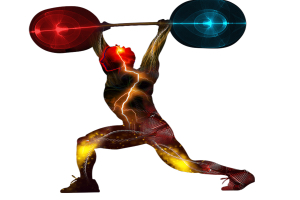 Birmingham/New Delhi: Jeremy Lalrinnunga, the 19-year-old from Mizoram, bagged India’s second gold in the 67 kg category of weightlifting at the Commonwealth Games today. Jeremy lifted a total of 300kg (140kg in Snatch + 160kg in C&J) at the Games, which is a CWG record.

President Droupadi Murmu wished Jeremy for his achievement, and stated in a tweet, “Congratulations, Jeremy Lalrinnunga for winning gold in Weightlifting at Commonwealth Games. Your self-belief despite injury during the event enabled you to create history & inspire millions. Your podium finish has filled Indians with pride. Wishing you more such moments of glory.”

In a message to Jeremy, Prime Minister Narendra Modi tweeted: “Our Yuva Shakti is creating history! Congratulations to @raltejeremy, who has won a Gold in his very first CWG and has set a phenomenal CWG record as well. At a young age he’s brought immense pride and glory. Best wishes to him for his future endeavours.”

Sports Minister Anurag Singh Thakur too congratulated Jeremy Lalrinnunga on winning the Gold medal and stated in a  tweet, “Jeremy’s Gold in Men’s 67kg weightlifting in CWG 2022 is a perfect example of the growth of an athlete from Khelo India to the TOPS core group.”

Earlier Modi also congratulated the other medal winners as well as Mirabai in a series of tweets. “The exceptional Mirabai Chanu makes India proud once again! Every Indian is delighted that she’s won Gold and set a new Commonwealth record at the Birmingham Games. Her success inspires several Indians, especially budding athletes,” he tweeted on Mirabai’s feat.