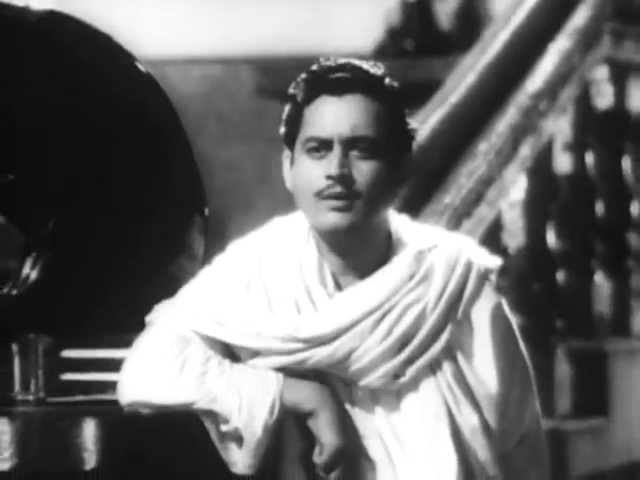 Guru Dutt in a still from the film 'Pyasa'

Weekend Musings: The legend of Pyaasa 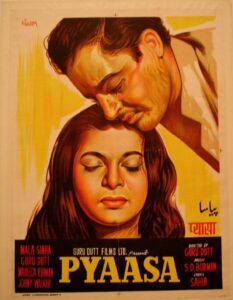 Suddenly I began walking down memory lane: The movie, Pyaasa, stood in all its resplendent glory. It remains one of the best movies, if not the best, I can ever claim to have seen in my life. Vijay, the character that Guru Dutt played in that movie, I felt enormously attracted towards.

The underlying altruism which was ostensible in the conduct of Vijay, throughout the movie, found neither any endorsement nor any takers. Worst still, the woman he was in love with, ditching him for his impoverishment, even though appreciative of his philosophical depth, finally sought a nuptial bonding with a rich publisher, leaving Vijay high and dry, in the process.

The beauty of this quid pro quo world, where the sense of philosophical objectivity which Vijay was endeavouring to discover, remained his lifelong quest: his traversing throughout his life, in the quest for unravelling the beatific sense of platonic love crystallising with him, finally ends in the deceit and treachery of immeasurable magnitude: The book which he penned, encapsulating his sunlit vision, stood not only plagiarised but even his death, while he was very much alive, was sought to be romanticised for making capital out of it. The brilliant song of Mohammad Rafi, penned by Sahir Ludhianvi and composed by the great SD Burman, was on full display, ‘Yah mahlon, yah takthon, ye taazon ki duniya, tah insaa ke dushman samajo ki duniya! yah duniya agar mil bhi jaye to kya!‘.

Small wonder then, unable to find solace with the world around, he seeks escapism into the world he had envisaged; where the dystopia which characterises the world we are all in, even its shadowy imprints should not visit the imaginary world he was seeking to inhabit with the woman he thought would not ditch him for a wealthier man.

Vijay, an intellectual philosopher who, despite being the harbinger of a new dawn, with his brilliance setting in motion the unfolding of a new age and era, himself led a life of a pariah; the author who dared to transcend the straitjacketed Lakshman Rekha through his clairvoyant vision reflecting in his luminescent stories and his philosophical lifestyle, ironically fell casualty to the world which seldom kept pace with his overwhelmingly liberating thought process. 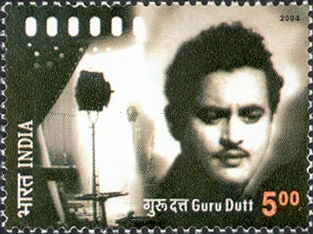 Ironically, the intellectual philosopher that Guru Dutt so eloquently portrayed in celluloid, unfortunately, was conspicuous by its absence in his personal life.  His love and subsequent marriage with Geeta Roy was the trigger for the impending doom visiting the whole family, and the trigger for the same was none but Guru Dutt himself. His affair with Wahida Rehman, his own discovery, made Geeta live separately. She had taken to drinking. The purported love affair with Wahida broke his family and led to his suicide by taking an overdose of sleeping pills.

The grinding impoverishment had become Guru Dutt’s eventual companion. With loneliness stalking him nakedly, the intellectual philosopher of Pyaasa, ever in the quest for an ‘other worldly’ life, took recourse to escapism.

One of the greatest creative geniuses left the world just when he was thirty-nine years old.

The glorious career of Guru Dutt in celluloid is in strict contrast with that of his real life. Brilliant as he was as an actor, producer and director in reels, he is a brilliant case study for today’s generation which craves success at all costs. The glorious saga of Guru Dutt is as much inspirational in celluloid, as it is deprecatory and an anathema when the pages of his real-life stand decoded.