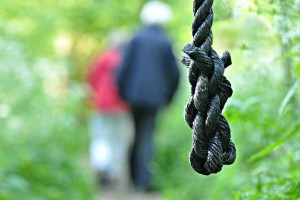 The verb  ‘To  Gaslight’  technically means  to psychologically manipulate someone’s mind by constant falsehoods so that the person starts to question his or her own sanity. This is a techno-legal  word and is used frequently in psychoanalysis and in legal circles in the western countries.  The majority of the debate about Sushant Singh Rajput (SSR) centres  around how Sushant was being driven towards a mental breakdown and suicidal state by systematic manipulation of his mind by vested interests. In short, he was being Gaslighted by the very people he trusted.

Based on the details emerging in media, the events in the life of SSR and Rhea Chakraborty bear an uncanny resemblance to  events  with the main characters in the film and exposes the tools used in this kind of manipulation. While it may not be fair to pillory Rhea based on media trial,  this write up is based on the assumption that if the media reports regarding  their relationship are true then what Rhea did to Sushant was a standard case of ‘gaslighting’ and follows the same devious strategies  as employed in the movie.  While general public is not privy to the intimate details of their relationship,  the FIR lodged by  Sushant’s father brings out certain facts which bring to mind a classic copy book case of Gaslighting, if true. The word ‘To Gaslight’ came into our lexicon after the release of the 1944 film with the name ‘Gaslight’. This word is very commonly used in psychoanalysis . NBC news site explains the phenomenon in the following words.

“Psychologists use the term “Gaslighting” to refer to a specific type of manipulation where the manipulator is trying to get someone else (or a group of people) to question their own reality, memory or perceptions. And it’s always a serious problem, according to psychologists. “

In this film the diabolical husband, played by Charles Boyer,  plans to drive his wife (played by the great Ingrid Bergman) mad by false accusations, denial of events happening around her and ultimately making her doubt her own mental stability.  He traps her into becoming friends and eventually marrying a gullible Bergman for her wealth.  Once he is well entrenched then he unleashes his  machinations and web of deceit  that would slowly push his wealthy wife towards mental insanity. The first and most crucial step of this dark plan was to cut off the potential victim from outside world who could warn the victim or help her out of this mental morass . Once this is done it becomes easier to play with the victims mins uninterrupted with tools of deception, falsehoods and manipulative suggestions.

The bizarre case of Sushant Singh Rajput and Rhea Chakraborty  bears an eerie similarity to the 1944 film but with a gender role reversal and a tragic end.. Taking SSR’s father’s FIR into consideration, in both cases, the main motive is the potential victim’s wealth.

There is no way yet to verify the truths in the FIR lodged by Sushant’s father  but if they are true, the events and patterns that emerge follow the same classic pattern of ‘Gaslighting’ as shown in the film.  What follows below is the comparison of patterns as given in the FIR and in the film.

Rhea tried very hard to cut off Sushant from the outside world and from people who could genuinely help him. Based on news media reports it appears that while Sushant was trapped in a web of anxieties, fears and hallucinations there was no one to help him separate real from unreal. It looks like Rhea in this case tried very hard to cut Sushant away from his father and other family members. While he was not allowed to talk to his family members ,  she reportedly took control of all his medicines, finances and  made him totally dependent on her. All this while she along with some other acquaintances, allegedly kept hammering the point into Sushant’s mind that he was going insane. Several folks from the Mahesh Bhatt camp have given statements to this effect that he was going the Parveen Bobby way.

One TV news reported that she had manipulated him into moving to a remote villa near Lonavala so that he is away from getting in touch with the outside world.  Sushant’s father’s FIR reportedly mentions that Sushant;s bank accounts were siphoned off to the tune of Rs 15 crores.

These are subjects of investigation by the police. Her motive arouses questions because she left him three to four days before his death when he was perceived to have totally become dependent on her.

Did she know he was near the breaking point and she had enough money transferred into her account  by then?  Or, if it was a case of murder, was she aware of the impending murderous attack on him ?   The timing of her desertion does look very strange and raises questions.

It has been reported that she had removed most of his staff and employed new one who were more loyal to her than to Sushant.  It can be said safely that  there were people who worked towards breaking down Sushant mentally while keeping him in isolation. There appears to be a team working to “Gaslight” Sushant towards a slow end. When he was near his end, he was conveniently discarded.

The movie Gaslight is a definite watch for Sushant’s fans in India. It will open their eyes towards possibilities of how a person can be manipulated and sent towards self- destruction.  Ingrid Bergman won an Oscar for her performance in this film as a victim of ‘Gaslighting’.

*The writer has also worked as an actor in USA and in India. His areas of interest includes film, Yoga and and literature.

13 thoughts on “Was Sushant Singh Rajput ‘Gaslighted’ by Rhea Chakraborty and her team?”