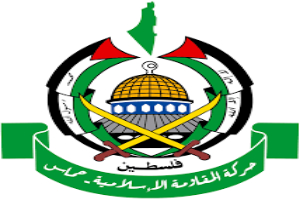 Washington: Today, the U.S. Department of the Treasury’s Office of Foreign Assets Control (OFAC) designated a Hamas finance official as well as an expansive network of three Hamas financial facilitators and six companies that it claimed generated revenue for the terrorist group through the management of an international investment portfolio.

Hamas is a Palestinian Sunni-Islamic fundamentalist, militant, and nationalist organization. The United States designated it as a Foreign Terrorist Organization in October 1997, and as a Specially Designated Global Terrorist in October 2001.

The individuals added to OFAC’s Specially Designated Nationals And Blocked Persons (SDN) list were Usama Ali who was the head of the Investment Office, a position from which he coordinated financial transfers to Hamas; Ahmed Sharif Abdallah Odeh (Odeh), a Jordanian national, who was in charge of the international investment portfolio until 2017; Hisham Younis Yahia Qafisheh, a Turkey-based Jordanian national who served as Usama Ali’s deputy and played an important role in transferring funds on behalf of various companies linked to Hamas’s investment portfolio; and Abdallah Yusuf Faisa Sabri, a Kuwait-based Jordanian national, who is an accountant who worked in the Hamas Finance Ministry for several years.

As a result of today’s action, all property and interests in property of the individuals and entities named today, and of any entities that are owned, directly or indirectly 50 per cent or more by it, individually, or with other blocked persons, that are in the United States or in the possession or control of U.S. persons, must be blocked and reported to OFAC.

Hamas’s Investment Office, whose leadership oversees this network, held assets estimated to be worth more than $500 million, including companies operating in Sudan, Turkey, Saudi Arabia, Algeria, and the United Arab Emirates (UAE). While Hamas’s Shura Council and Executive Committee exercise control and oversight of the group’s international investment portfolio, the Investment Office is in charge of the day-to-day management of this investment portfolio.

“Today’s action targets the individuals and companies that Hamas uses to conceal and launder funds,” said Assistant Secretary of the Treasury for Terrorist Financing and Financial Crimes Elizabeth Rosenberg while in Israel to discuss counter-terrorism financing efforts. “Hamas has generated vast sums of revenue through its secret investment portfolio while destabilizing Gaza, which is facing harsh living and economic conditions. Hamas maintains a violent agenda that harms both Israelis and Palestinians. The United States is committed to denying Hamas the ability to generate and move funds and to holding Hamas accountable for its role in promoting and carrying out violence in the region.”

The US State Department spokesperson Ned Price said that while Palestinians in Gaza faced harsh living and economic conditions under Hamas, the terrorist group amassed hundreds of millions in its secret investment portfolio.

“Hamas maintains a violent agenda that harms both Israelis and Palestinians. The United States is committed to denying Hamas the ability to generate and move funds and to holding it to account for its role in promoting and carrying out violence,” he said.