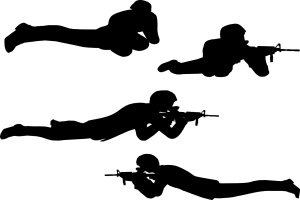 Washington D.C.: The United States today commended the Syrian Democratic Forces (SDF) for their “heroic and effective response” to the sustained ISIS attack on the Al-Hasakah detention center and the surrounding area in the war-torn nation.

While condoling the death of the SDF fighters and guards killed and the communities impacted by the violence inflicted by ISIS, a US State Department spokesperson said ISIS’ desperate and violent tactics are a grave reminder to the world that the terrorist group remains a threat that can and must be defeated.

Also read: Al-Hasakeh highlights the desperate situation of thousands of detainees across Syria

Due to the effective response of the SDF, in partnership with U.S. and Coalition forces, senior ISIS leaders were captured or killed during the attempt to free detained ISIS members from detention. “This battle is a reminder that the enduring defeat of ISIS requires the support of the international community,” Spokesperson Ned Price said.

Washington called on its partners in the Global Coalition to defeat ISIS, and said their  efforts successfully stripped ISIS of its captured territory, to improve the secure and humane detention of ISIS fighters, support rehabilitation initiatives, and urgently repatriate their nationals and other detainees remaining in northeast Syria.

The U.S. government will continue its stabilization and other programs in the region to support these efforts, Price said adding that through the Coalition, Washington remains committed to the enduring defeat of ISIS, working by, with, and through its local partners.

2 thoughts on “US hails SDF neutralising ISIS in Al-Hasakah”