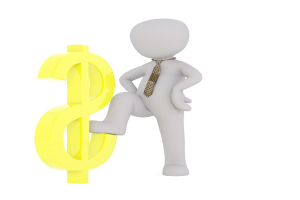 “This network helps effectuate international transactions and evade sanctions, supporting the sale of Iranian petrochemical products to customers in the PRC and other parts of East Asia,” Antony J. Blinken, the US Secretary of State, said. He added: “The Biden Administration has been sincere and steadfast in pursuing a path of meaningful diplomacy to achieve a mutual return to full implementation of the Joint Comprehensive Plan of Action (JCPOA).  Absent a deal, we will continue to use our sanctions authorities to limit exports of petroleum, petroleum products, and petrochemical products from Iran.”

Today’s action builds upon the past designation of Triliance and the identification of PCC. Triliance was designated on January 23, 2020, for facilitating the sale of Iranian petrochemical and petroleum products worth hundreds of millions of dollars from the National Iranian Oil Company to foreign customers, including in the PRC.  PCC was identified on November 5, 2018, for being wholly owned by the Government of Iran.

Besides, the US designated Keen Well, Teamford, GX Shipping, Future Gate, Sky Zone, and YouChem for having materially assisted, sponsored, or provided financial, material, or technological support for, or good or services in support of, Triliance.

Moreover, the US also designated Triliance’s facilitators Jingfeng Gao – a China-based broker also known as Jeff Gao, who it claimed was involved in multi-million-dollar transactions for Iranian petrochemicals on behalf of Triliance;  and Mohammad Shaheed Ruknooddin Bhore (Bhore), an India-based Indian national, who it claimed manages multiple Triliance front companies, including Dynapex Energy Limited, Petroliance Trading FZE, and YouChem. Dynapex Energy Limited was designated on September 3, 2020, for facilitating the shipment and resale of tens of thousands of metric tons of petrochemical products worth millions of dollars on behalf of Triliance. Petroliance Trading FZE was designated on December 16, 2020, for acting as a front company of Triliance.