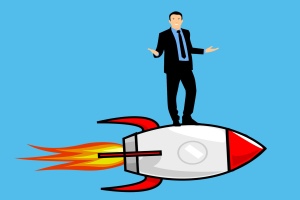 Geneva: An UNCTAD rapid assessment of the war in Ukraine’s impact on trade and development confirms a rapidly worsening outlook for the world economy, underpinned by rising food, fuel and fertilizer prices.

In the area of fuels, global energy prices are skyrocketing with the prospect of reductions in purchases of oil, gas and coal from the Russian Federation. The country is the second-largest oil exporter in the world, selling about 5 million barrels of oil daily.

The Russian Federation is also a major global supplier of chemical products – including fertilizers, as well as metals and wood products.

“The war in Ukraine has a huge cost in human suffering and is sending shocks through the world economy,” UNCTAD Secretary-General Rebeca Grynspan said in a statement, adding that “All these shocks threaten the gains made towards recovery from the COVID-19 pandemic and block the path towards sustainable development.”

This rapidly evolving situation is especially alarming for developing nations. As many as 26 African countries, including some least developed countries, import more than one-third of their wheat from the two countries at war. For 17, the share is over half.

“Soaring food and fuel prices will affect the most vulnerable in developing countries, putting pressure on the poorest households which spend the highest share of their income on food, resulting in hardship and hunger,” Grynspan said. 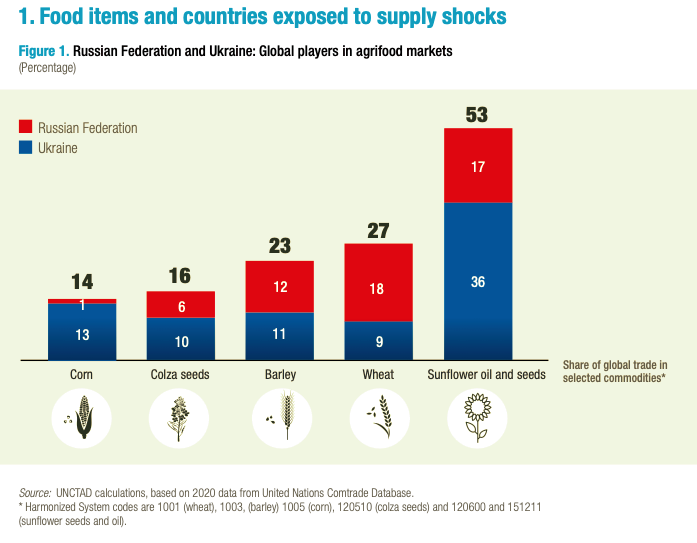 The crisis’ effect on the food front is particularly worrying. Some countries are particularly dependent on agrifood commodities coming from the Russian Federation and Ukraine. For example, the share of imports from the Russian Federation and Ukraine – as a percentage of total imports of wheat, corn, barley, colza, sunflower oil and seeds – is 25.9 per cent for Turkey, 23 per cent for China and 13 per cent for India. Troublingly, lower-income countries are the most exposed. 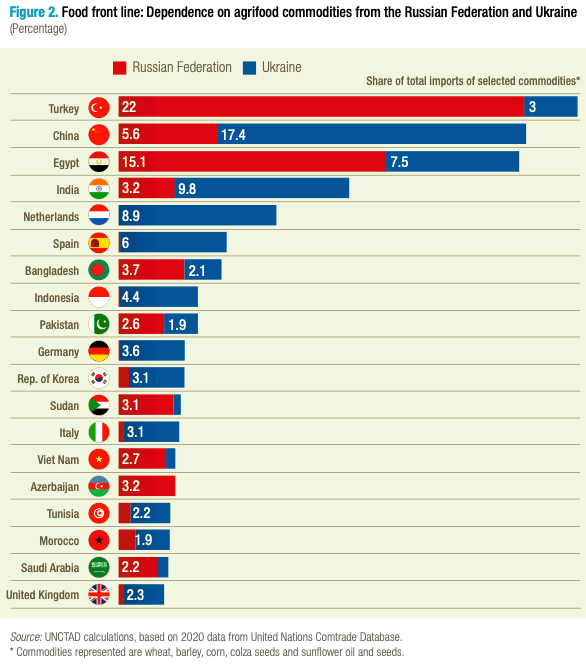 According to UNCTAD calculations, on average, more than 5% of the poorest countries’ import basket is composed of products that are likely to face a price hike due to the war. The share is below 1% for richer countries.

The risk of civil unrest, food shortages and inflation-induced recessions cannot be discounted, the report says, particularly given the fragile state of the global economy and the developing world due to the COVID-19 pandemic.

“Long-standing effects of rising food prices are hard to predict,” the report says, “but a UNCTAD analysis of historical data sheds light on some troubling possible trends.”

Agri-food commodity cycles, for example, have coincided with major political events, such as the 2007-2008 food riots and the 2011 Arab Spring.

The link between food price spikes and political instability (until March 9, 2022) 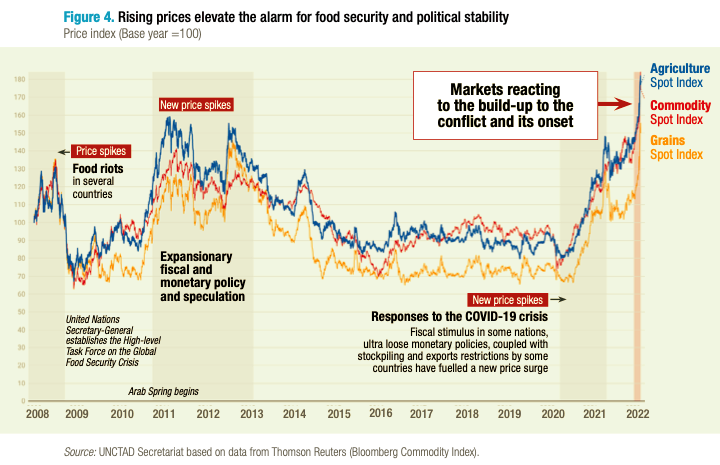 Restrictive measures on airspace, contractor uncertainty and security concerns are complicating all trade routes going through Russia and Ukraine. The two countries are a key geographical component of the Eurasian Land-Bridge.

In 2021, 1.5 million containers of cargo were shipped by rail west from China to Europe. If the volumes currently going by container rail were added to the Asia-Europe ocean freight demand, this would mean a 5% to 8% increase in an already congested trade route.

“Due to higher fuel costs, rerouting efforts and zero capacity in maritime logistics, the impact of the war in Ukraine can be expected to lead to even higher freight rates,” the report says. Such increases would have a significant impact on economies and households.

In 2021, UNCTAD simulated that the freight rate increase during the pandemic raised global consumer prices by 1.5%, “with particularly oversized effects in vulnerable economies such as small island developing states, landlocked developing states and least developed countries”.