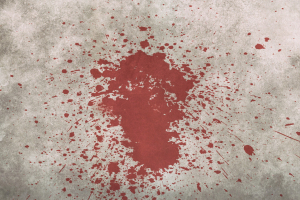 Udaipur/Jaipur: Police arrested two men who today beheaded a tailor, Kanhaiya Lal, over the latter’s social media posts supporting the suspended Bharatiya Janata Party spokesperson Nupur Sharma who is in the eye of the storm ever since her comments on Prophet Mohammed in a television programme.

The two killers, Gos Mohammad and Riyaz, who entered the shop of the tailor in a crowded city market today afternoon, also filmed the murder and gloated on camera about it. They also threatened Prime Minister Narendra Modi in the video, which got viral on social media platforms.

The situation sparked massive tension in the city where a curfew was clamped in several localities, banning large gatherings. Besides, internet services have also been suspended in the city.

In Jaipur, Rajasthan Chief Minister Ashok Gehlot termed the incident as “painful” and “shameful”, and assured that “strict action” will be taken against all those involved. “I appeal to everyone not to spoil the atmosphere by sharing the video of this incident. By sharing the video, the criminal’s purpose of spreading hatred in the society will be successful,” he said.