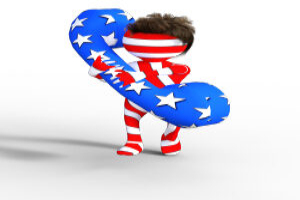 The US prohibits Russian gold imports

Washington: The United States’ Departments of State and the Treasury imposed sanctions on additional entities and individuals, including Russia’s largest defence conglomerate (State Corporation Rostec) and dozens of Russia’s defence industrial base entities.

“The United States reaffirms our commitment to working alongside our allies and partners to further impose severe consequences on President [Vladimir] Putin and his supporters for Russia’s unprovoked and unjustified war against the government and people of Ukraine,” Antony J. Blinken, US Secretary of State, said.

The US also designated an individual in Ukraine illegitimately installed as a mayor by Russia, as well as 19 Rostec board members and nine of their adult family members.

As part of this action, the Department of State imposed sanctions on 45 entities and 29 individuals under Executive Order 14024.  This includes the designation of an entity outside of Russia for providing material support to a blocked Russian entity, which, in this case, is a Russian entity that specializes in procuring items for Russia’s defence industry.

“This action underscores the risks of doing business with sanctioned Russian entities or individuals,” Blinken said.

The Department of State also designated Russian military units “that have been credibly implicated in human rights abuses or violations of international humanitarian law as part of our commitment to promote accountability for atrocities in Ukraine”.

Additionally, the Department of State took action to impose visa restrictions on 511 Russian military officers “for threatening or violating” Ukraine’s sovereignty, territorial integrity, or political independence, in connection with Russia’s unprovoked and unjustified war against Ukraine including officers operating in the Zaporizhzhia and Mariupol areas, where reports of war crimes continue to mount.

“We have also taken steps to impose visa restrictions on 18 Russian nationals in relation to the suppression of dissent, including politically motivated detentions,” Blinken said.

The Department of the Treasury’s Office of Foreign Assets Control (OFAC) designated 70 entities, many of which are critical to Russia’s defence base, including State Corporation Rostec, the cornerstone of Russia’s defence, aerospace, industrial, technology, and manufacturing sectors, as well as 29 individuals, pursuant to Executive Orders 14024 and 14065.

State Corporation Rostec (Rostec) is a massive Russian state-owned enterprise formed to consolidate Russia’s technological, aerospace, and military-industrial expertise. It is a holding company whose subsidiaries are engaged in a wide range of industries, including automotive, defence, aviation, and metals. In addition to leading Russia’s domestic defence production, Rostec also facilitates foreign trade in defence and related materiel as well as civilian and dual-purpose products. Rostec’s management umbrella includes more than 800 entities across a wide range of sectors.

“The Department of Commerce is taking complementary actions, adding several entities to the Entity List for continuing to contract to supply for Russia even after its further invasion of Ukraine,” Blinken said, adding that these Entity List additions demonstrate the United States will impose stringent export controls on companies, including those in third countries, in order to deny them access to items they can use to support Russia’s military and/or defence industrial base.

OFAC also prohibited the importation of gold of Russian Federation origin into the United States, and Treasury’s Financial Crimes Enforcement Network issued a joint alert with the Department of Commerce’s Bureau of Industry and Security advising financial institutions to remain vigilant against attempts to evade export controls implemented in connection with Russia’s invasion of Ukraine.  As outlined in these alerts, financial institutions play a critical role in disrupting Russia’s efforts to acquire critical goods and technology to support Russia’s war-making industries.

Finally, the US President issued a proclamation to raise tariffs on over 570 groups of Russian products worth approximately $2.3 billion to Russia.  “These measures are carefully calibrated to impose costs on Russia while minimizing costs to U.S. consumers,” Blinken said.

Today’s actions, in coordination with those of our partners, further cut off Russia’s access to critical technology for its defence sector.  “Targeting enablers of President Putin’s war impedes Russia’s present and future war effort, which has already been plagued by poor morale, broken supply chains, and logistical failures,” Blinken said, adding that these actions further aligned with measures taken by Australia, Canada, the European Union, Japan, New Zealand, Switzerland, and United Kingdom.