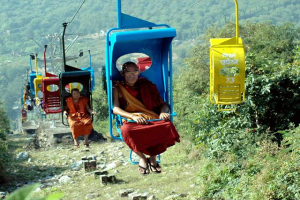 Bihar has derived its name from the word “Vihar”, which means monastery, a place where monks lived together. It was here that Buddhism flourished in its initial day and the region was dotted with some of the important Buddhist monasteries or Vihars.

Such is the essence of its historical importance that Bihar itself represents history. Indian civilisation is believed to be one of the oldest civilisations in the world and Bihar has occupied the central place of activity and the seat of power for a major period of this great civilisation.

Yet, despite its historical importance, Bihar has been quite underrated and not a popular destination among tourists exploring the places witnessing great moments of history, largely because of the ignorance of people, just as most people are about Bihari cuisine. The fact is that Bihar has been an integral part of our glorious Indian history, yet it remains an unexplored historical travel destination, and has therefore been quite underrated among tourists. Blessed with remarkable relics and monuments from ancient dynasties and deeply linked with Indian history as a spiritual and learning center, it definitely deserves better treatment.

In this blog, I bring to you the historical sites of Bihar and its glorious past. Here is Bihar from the lens of an avid history lover to give you a chance to peep in the rich heritage of this glorious land of Buddha. Such was Lord Buddha’s love for Rajgir and its surrounding  that the lord himself is believed to have remarked in Diga Nikaya, a Pali text.

Located about a hundred km from Patna, historically Rajgir has been a significant Hindu, Jain and Buddhist pilgrimage site. The original capital of the Magadha dynasty, Rajgriha or Girivraj was surrounded by seven hills and remained the capital city from the time of Mahabharata to 5 century BC, till the capital was eventually shifted to Patliputra by Ajatshatru. Originally Rajgir is believed to have been the center of Yaksha and Naga but later came out as an important Buddhist centre. The terracotta Naga images have been found here that describe the prevalence of the Naga worship practice that existed even before the advent of Buddhism and Jainism. According to the Mahabharata, Bhim killed Jarasandh in Rajgir while according to Ramayana the mythological king Vasu, the son of Lord Brahma, found this town and named it  Vasamati.

According to the Jain text Mahavira, their last apostle had spent a considerable amount of time that included fourteen rainy seasons in Nalanda and Rajgir. Besides Muni Suvrata, the predecessor of lord Mahavira and the central figure of Ajiruka sect was born here. Above all Rajgir was often visited by lord Buddha himself and is believed to have delivered his sermon in the Gridhrakuka hill or the vulture park. With about 36,000 inhabitants, Rajgir was one of the greatest cities in the Gangetic plain and was made the capital city by King Bimbisara of the Haryanka dynasty who ruled Magadha. The site was naturally protected as it was located by two parallel ridges and was a perfect site for the capital city . Located on the East West route or Uttarapatha and the North South route or the Dakshinapatha, it was situated on the two greatest trade routes of ancient India. The walls built by huge unworked limestone boulders or the cyclopean wall extended for about 40 kms around the city making it protected from the external forces.

A noted geographer Francis Buchanan in 1811, for the first time got engaged to survey monuments and antiquities found from this region and published a report of its findings. But the final breakthrough came in 1861 when Alexander Cunningham, the founder of archeological survey of India took a tour to Rajgir and the further work of excavation was carried on. It was only after this the rich past of Rajgir got noticed and finally got the much deserved recognition. Amazing number of ruins here narrates the glorious past of Rajgir. Few of them include the remains of Ajatshatru’s fort, the rock caves with engraved shankha lipi which are yet to be coded. Besides there are a number of hot springs with therapeutic properties, stupas, Venuvan, bamboo forest that narrates the rich history of Rajgir.

Rajgir however lost its fame once the capital was shifted to Patliputra by king Ajatshatru’s son, Udayan, around 467 BCE and eventually declined during the post Gupta period.

In the modern times Rajgir is a part of the International Buddhist circuit and is a major tourist attraction from people all around the world.

2 thoughts on “Tourist places of Bihar: A glimpse into ancient Magadh -Part 5”