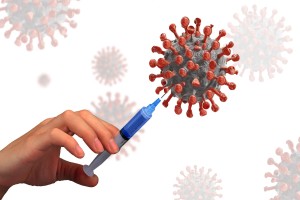 Geneva:  About 70% of all health workers globally are women, and they have played a key role in delivering care and saving lives during the COVID-19 pandemic. Around the world, women scientists are leading research and response in many areas of health. In fact two of the COVID-19 vaccines now being rolled out globally and have been created by two women only!

Professor Sarah Gilbert from the University of Oxford, developed the Oxford-AstraZeneca vaccine; and Dr. Özlem Türeci, who is the co-founder and Chief Medical Officer of BioNTech, developed the BioNTech-Pfizer vaccine. Today their pioneering work is bringing hope to the whole world. Paying them rich tributes on the occasion of International Women’s Day last night (IST), the World Health Organisation thanked them “on behalf of the whole world”.

In her address last night, Gilbert informed that in fact of the vaccine team in Oxford, two-thirds were female, but at the senior positions in the team only one-third were female. However Dr. Özlem Türeci said at BioNTech “we are fortunate. We have 60 nations under our  roof, and women make up 54% of our total workforce. At 45%, women account for almost half of our top management.” She adds, “And we like to think that being a gender balanced team has been critical for making the seemingly impossible possible, for develop a COVID-19 vaccine within 11 months…”

However, both Gilbert and Türeci regretted that there was underrepresentation of women in leadership position. As it is, while women have been making incredible contribution, globally they only hold 25% of leadership roles in health. This despite the fact that they make up the majority of the global health workforce.

“That’s why in February, WHO [World Health Organisation] launched the Gender Equal Health and Care Workforce Initiative, to increase the proportion of women in leadership in health and care,” Dr. Tedros Adhanom Ghebreyesus, WHO Director-General, said here last night (IST) on the occasion of International Women’s day. He said the Initiative advocates equal pay for women; protection of women in health and care from sexual harassment and violence at work; and safe and decent working conditions for women health and care workers, including access to personal protective equipment and vaccines against COVID-19.

It may be noted that in many ways, women have suffered disproportionately from the pandemic. “We have seen appalling increases in violence against women, and reduced access to services for sexual and reproductive health,” Dr. Ghebreyesus points out. Besides, in relative terms, employment losses have been higher for women than for men. Women have also borne an additional and disproportionate burden of care for children and older people.

Still women have also been at the forefront of the response. Around the world, women scientists are leading research and response in many areas of health. A new “Women in Science” compendium compiled by the Special Programme for Research and Training in Tropical Diseases, which is based at WHO, celebrates 15 women scientists working in Africa, Latin America, and Asia.

“We focused on women’s journeys to inspire and invigorate the next generation of scientists and researchers,” says Dr Soumya Swaminathan, WHO Chief Scientist and TDR Special Programme Coordinator.

Breast cancer has now overtaken lung cancer as the world’s most-diagnosed cancer. Survival five years after diagnosis now exceeds 80% in most high-income countries, compared with 66% in India and just 40% in South Africa. but survival rates are much lower in lower-income countries.

“Although we have seen substantive progress in reducing breast cancer mortality in many high-income countries during the last two decades, little progress has been made in low-and middle-income countries,” said Dr Bente Mikkelsen, Director of the Department of Noncommunicable Diseases at WHO. “The higher mortality in these lower-income countries is a result of late-stage diagnosis and inadequate access to quality care. Together, we can address this unacceptable inequity.”