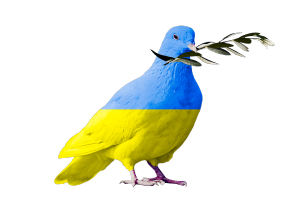 After one hundred days of the war, Ukraine’s health system is under severe pressure. In the face of the deteriorating health situation, World Health Organization has increased its presence in Ukraine and in countries hosting displaced people.

Since the Russian Federation’s invasion began, WHO has delivered over 515 metric tonnes of medical supplies and equipment, and trained more than 1300 health workers in trauma surgery, mass casualties, burns and chemical exposure.

Health care must never be a target. We continue to call on the Russian Federation to end the war.

The invasion of Ukraine has badly disrupted food supplies, exacerbating the risk of famine around the world. This is compounded by the impact of climate change and extreme weather. The Horn of Africa is now experiencing one of its worst droughts in recent history. There is a high risk of famine and malnutrition, severely affecting an estimated 15 to 20 million people in Kenya, Somalia, and Ethiopia. Populations in Djibouti, Eritrea, Uganda, South Sudan and Sudan are also affected. Tens of thousands of families are being forced to leave their homes in search of food, water and pasture.

Hunger and undernutrition greatly increase health risks, especially for pregnant and breastfeeding women, newborns, small children, older people and those living with noncommunicable diseases and disabilities. Mass displacement and a lack of access to safe drinking water, hygiene and sanitation, means the risk of outbreaks is very real. This is especially worrying in an already under-immunized population with little access to health services.

Food is not the only shortage. In Tigray, Ethiopia, blockades have caused a shortage of fuel that is crippling the health system. More than 6 million people remain under siege by Ethiopian and Eritrean forces, after more than 18 months. Although some food is being delivered, it’s not enough, basic services remain unavailable, and the region is sealed off from the rest of the world. The Ayder hospital in Mekelle, the region’s only referral hospital, is at risk of shutting down because of a lack of fuel to run generators and ambulances. The hospital is running very low on basic supplies, like IV fluids and antibiotics, even as hospital staff are reportedly collapsing due to hunger. This is a hospital serving a population of 6 million people and is responsible for performing thousands of surgeries and deliveries every year.

WHO is doing its best to help, but the only solution to this inhumane situation – as in Ukraine – is peace.

*Director-General, World Health Organization. The above text is excerpted from his press statement released today.