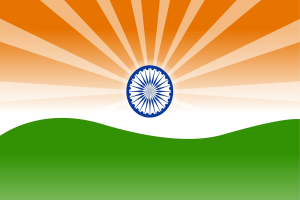 Today, on 1st August, we celebrate the death anniversary of Lokmanya Bal Gangadhar Tilak and the birth anniversary of Rajarshi Purushottam Das Tandon. Tilak introduced the term Swaraj (home rule) into the political lexicon and the Indian masses responded with an adjective, Lokmanya, to reaffirm his acceptance in united India. Tandon also referred to as Rajarshi, is the other symbol of nationalism. Their life and works are still inspiring the thoughts of new generations.

Lala Lajpat Rai proved to be the bridge between these two great nationalist leaders. He was the first public figure to declare the immortality of the Tilak school of thought. That day he had donated more than three-fourths of his house that spread over six and a half acres of land at 2, Court Street, Lahore (now in Pakistan) to the ‘Tilak School of Politics’ and kept only a small part of his house for the family.  The following year, he left DAV College and started the Servants of the People Society (SOPS) on the same premises. Tandon was also the leader of the Hindi movement referred to as Lok Sevak Mandal. They treated these two social institutions as two sides of the same coin. Rajarshi was not only its first student but proved to be its best spokesperson in the post-independence days.

In absence of this background, the dialogue between Lokmanya and Rajarshi may be unintelligible. The Plague epidemic of January 1897 was the reality in Pune and Bombay (now Mumbai).

The recent pandemic has rendered an opportunity to compare the different situations dealing with public health. The British government appointed Walter Charles Rand as plague commissioner to deal with the crisis, who misused the force and tortured the public. Lokmanya raised his voice against the injustice with a series of articles in Kesari and Maratha. Rand and his security officer were shot dead on 22nd June by the Chapekar brothers (Damodar Hari Chapekar and Balkrishna Hari Chapekar). It was on the occasion of Queen Victoria’s diamond jubilee. As a consequence, Tilak suffered for one and a half years in jail for the same political assassination. On their release, he was received with immense affection from all corners and got recognition like Gopal Krishna Gokhale on the national level. Shailesh Tilak his great-grandson believes that the Tilak School of Politics has been functioning from then onwards.

The secular school has been trying hard to accuse him to be communal in order to reject the Tilak school. On the allegations of communalism, politician and columnist Sudheendra Kulkarni responded accurately. Muhammad Ali Jinnah and Tilak devised the Hindu-Muslim unity in the Lucknow Pact of 1916 in order to compete with the British. It’s necessary to keep it in mind to address the current communal situation. Yet another series of talks on Hindu Muslim questions was initiated during the Khilafat movement. It laid the foundation of the appeasement that Gandhi had accepted as the Himalayan blunder.

The Legislative Assembly of Uttar Pradesh was established in 1937. Its first president was Bharat Ratna Purushottam Das Tandon. Mahatma Gandhi referred to him as Rajarshi. He had started the ‘No Tax Campaign’ in 1930, and Nehru also reached there to support. After the initial rise, the friendship of the two is noticed for the downfall. Nehru named Acharya Kriplani against him in the election of Congress president in 1950. He is known to defeat the nexus of Nehru and Kriplani. When the Congress Working Committee proposed the idea of partition, he rose against it and denied to surrender before the British and the Muslim League. On the Hindu-Muslim question, he stands with K.M. Munshi, Sardar Vallabhbhai Patel and Dr Rajendra Prasad instead of Nehru.

The struggle for freedom and nation-building were a couple of causes of the two leaders. The spirit of Article 51 of the Indian Constitution is maintained when the government remember these leaders in the 75th year of independence. The classes of the Tilak school are still relevant. Harmony between the idea of material development and the spiritual culture is part of its syllabus. Rajarshi’s teachings are very important for those seeking opportunities in the field of politics and public service. It witnessed the confluence of nationalism and socialism when Tandon and Feroz Chand found a place next to one another, and it also became the reason for the rise of former prime minister Lal Bahadur Shastri and Balvant Rai Mehta, the second chief minister of Gujarat.

Former external affairs minister Natwar Singh shared the eyewitness accounts from the house of the former vice president of India. The thought of Krishna Kant’s dead body lying in the lap of his 104-year-old mother still hurts. In independent India, this was the third tragedy related to the Tilak school of politics after the assassination of Balvant Rai Mehta on the 13th day of the Indo-Pak war in 1965, and the death of Shastri the next year.

Leaders like Gokhale and Lalaji started initiatives to fill the shortage of dedicated people in public service and politics. It is time to achieve the objectives of bringing harmony between cultural and social aspects and to move on the path of peace and prosperity with the help of the teachings of Lokmanya Tilak and Rajarshi Tandon.