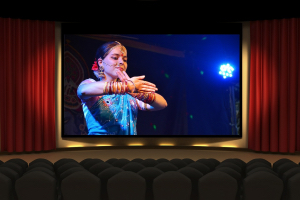 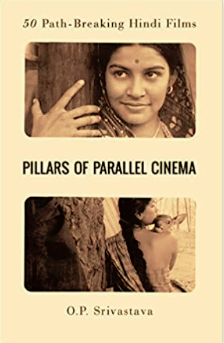 Indian cinema’s true renaissance arrived with the train in Satyajit Ray’s Pather Panchali (1955). Apu and Durga, lost in the field, hear a distant rumbling and see a train chugging long for the first time, whistling and with a cloud of black smoke emanating from its engine. The train bridged the distance between a village and city in a way – it brought the magic of rural India to the theatre screens of urban India.

‘New wave’ or  ‘parallel cinema’ also arrived in India with a  train, this time in Mrinal Sen’s first Hindi film Bhuvan Shome (1969). The film begins with shots of railway tracks speeding by, backed by the metallic sound of the undulating locomotion. Keeping pace with the engine’s rhythm is a flurry of vocalisations (taan) accompanied by percussion and a rendition of the seven fundamental musical notes; they keep pace with the tempo of the train and stir up anticipation for what is to follow – the railway officer Utpal Dutt’s life-changing experience of duck-shooting in a remote village in Gujarat. A new phase of India’s cinematic journey had begun.

India’s new wave was arguably inspired by Italian neo-realism (1942-1951), which inspired filmmakers like Satyajit Ray and Ritwik Ghatak in Bengal. Some critics also see the echo of neo-realism in films like Dharati Ke Lal (1946), a film about the Bengal famine written and directed by Khwaja Ahmad Abbas; Neecha Nagar (1946), directed by Chetan Anand and written by Khwaja Ahmad Abbas (won the Grand Prize at the first Cannes Festival in 1946); and Do Bigha Zamin (1953), directed by Bimal Roy and inspired by Vittorio De Sica’s neo-realistic Bicycle Thief (1948), which was known for its socialistic theme.

In 1949, the Government of India appointed the SK Patil Film Enquiry Committee with the sole task of reporting on the status of the Indian film industry. Based on the Committee report’s recommendations, the government set up the Film Finance Corporation (FFC) in 1960 to provide low-interest loans to select projects. By 1968, the FFC funded over 50 films by reputed filmmakers, notably Satyajit Ray; the FFC financed three of his films in the 1960s. However, by 1968, the situation had turned dire. As BK Karanjia, who was heading the FFC puts it, ‘almost the entire paid-up capital had been eroded’. As the new chairman of the FFC in 1964, BK Karanjia took certain crucial decisions: (a) to finance low budget films; (b) to sponsor talent and promising newcomers from the Film Institute or outside it; and (c) to film the works of prominent writers in Hindi and the other national languages. Karanjia believed that this was the formula that would launch ‘the New Wave in Indian Cinema’.  The policy provided finance to newcomer Mani Kaul from the Film Institute for Uski Roti, Mrinal Sen for Bhuvan Shome and newcomers Basu Chatterjee and Kantilal Rathod for Sara Aakash and Kanku respectively.

The one common element in the movies that qualified as parallel cinema, especially after the release of Bhuvan Shome, is that most of them – made on a tight budget with unknown actors mainly from the world of theatre – were also ferociously political. Most of the personages that drove the movement forward were connected in some way to the Indian People’s Theatre Association (IPTA). One of the IPTA’s main members was Ritwik Ghatak, who took up a faculty position at the newly established Film and Television Institute of India (FTII) and taught filmmakers like Mani Kaul, whose Uski Roti came out in the same year and Bhuwan Shome. A few years later, another IPTA member, MS Sathyu, would make the famous Garm Hawa with Balraj Sahni and a young Farooq Sheikh. Garm Hawa was about the Partition but lacked any depiction of the violence that had become a mark of any movie dealing with that period.

Parallel films were characterized by their rejection of popular forms, especially the song and dance and fight sequences and the affinity for the rural, middle class or lower-middle-class urban settings.

However, makers of parallel cinema had very little in common, ideologically or stylistically. The parallel cinema movement was, instead, characterized by its serious and realistic content without the frills of entertaining cinema, a mainstay of the mainstream industry.

One of the main features of parallel films is their focus on societal issues like feudalism, corruption, nepotism, patriarchy, caste-based exploitation, religious intolerance and so on. More radical films dealt with the effects of modernization and class struggle. Politically speaking, they leaned left of the centre.

In the mid-90s, most parallel cinema filmmakers started re-inventing their films as a new genre with more popular cast members and elements of commercial cinema. The hybrid genre came to be known as middle-of-the-road cinema. The transformation was gradual, as is evident from the films of Basu Chatterji, who started his journey with Sara Aakash (1969), a film that heralded the parallel cinema movement, and travelled up to Kuch Khatta Much Meetha (2007), a film made well into the middle of the middle-of-the-road cinema period – covering a span of nearly four decades spread over forty films. In fact, the phrase ‘middle-of-the-road’ was coined to describe his middle-class oriented films like Rajnigandha (1974), Chhoti Si Baat (1975), Chitchor (1976), Khatta Meetha (1978) and Baaton Baaton Mein (1979),

As digital streaming heralds the dawn of a new kind of filmmaking in India, the line between parallel and mainstream cinema has started blurring. We are now slowly but surely heading towards another ‘new wave’, where an entirely new techno-economic model of filmmaking is waiting to take the stage.