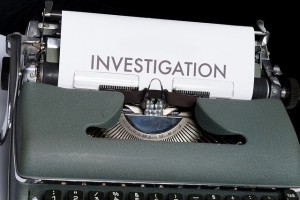 Mumbai: With the investigation into the Sushant Singh Rajput’s abetment of suicide case being registered in a local police station in Patna  by the deceased’s father, and mounting pressure for the transfer of the investigations from the Mumbai police to the CBI, a new chapter emerged as the Enforcement Directorate wanted to investigate the financial allegations that have been levelled in the First Information Report (FIR) in Patna.

A slew of allegations including the outcry that the Mumbai police wanted to botch the investigation took a new turn as the FIR filed in Bihar stated that there was a suspicious transaction to the tune of Rs. 15 crores. The said transaction was alleged to involve Sushant’s girlfriend Rhea Chakraborty and her brother as stated in the FIR.  Based on the detailed statements made in the FIR, the Enforcement Directorate (ED) has expressed its intent to investigate the financial aspects that have come to light with the filing of the FIR.  The ED further said it wants to follow the money trail and unearth any money laundering activity that might have taken place.

The ED asked for being furnished with a copy of the FIR filed in Bihar by Sushant’s father KK Singh besides other documents that could throw light on the said financial transaction. Altogether, six people including Rhea Chakraborty and members of her family have been named in the FIR. The allegations levelled against the accused include financial embezzlement and mental harassment that subsequently drove him to take his own life in a desperate extreme.

Was Sushant Singh Rajput ‘Gaslighted’ by Rhea Chakraborty and her team?

As of now the ED has not filed or initiated any proceedings under the aegis of Prevention of Money Laundering Act (PMLA). The agency has opted for a wait and watch policy before swinging into action implying only after eliciting all the requisite details from the Bihar police, it will be in a position to take a call on the initiative or stand to be taken.

Since the actor’s demise on June 14 inside his Bandra flat, the Mumbai police was pressed into service to examine multi-pronged theories like clinical depression and  professional rivalry.

.Meanwhile, the Maharashtra Home Minister Anil Deshmukh ruled out any decision favouring transfer of the case from the Mumbai police to CBI. Soon after sounding his viewpoint, there was also a Supreme Court verdict dismissing an appeal for handing over the investigations to CBI.

The petition that was filed by Alka Priya was shot down by the apex court, and she was asked to approach the Bombay High Court in the event she was in a position to furnish any concrete evidence.

Actor Sushant’s father too has sought to petition the Supreme Court. At present, the Bihar government is fully backing the late actor’s father in his endeavour for justice.