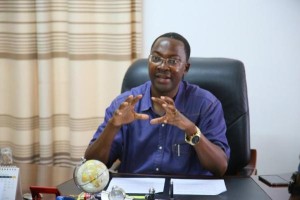 According to the report Tanzania’s Home Affairs Minister George Simbachawene, said the company supplied only 430 vehicles including 22 which were substandard, even though it had won a tender for the supply of 777 motor vehicles worth $29.6 million in 2013. The contract that was inked was a one-year project, the Minister was quoted as saying in the report.

Speaking during his official tour of the police technical college in Dar es Salaam on January 11,  Simbachawene called for Ashok Leyland to fulfil the contract whereas the company owes the government 369 vehicles. “Ashok Leyland must implement their end of the thread on the contract because even among the 430 imported motor vehicles, 22 of them were rejected by the government due to their disqualifications,” he said.

Simbachawene said his ministry was in preparations for a meeting that would involve all stakeholders to discuss ways of dealing with the Indian automobile company.

“I am in talks with the ministry permanent secretary about the meeting that will involve the attorney general of Tanzania as well as contract professionals who brought it to the attention of the government so that we all discuss the fate of the agreement,” Simbachawene was quoted by The Citizen as saying.

The Home Affairs minister explained that the meeting will be a step towards meeting the automobile company to explain the reason behind the late delivery of the motor vehicles. He said the meeting with the stakeholders was set to take place before the parliament sessions start and will also reveal the exact date of the arrival of the motor vehicles.

Simbachawene said in eight years of the long dragged contract, there have been failed measures that were conducted to fasten the importation of the motor vehicles. “The contract is valid because there were changes and amendments that were made during the eight years since it was signed,” he said.