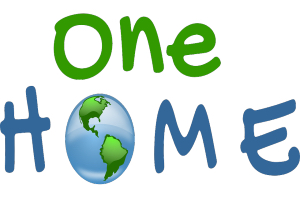 Stockholm: Individuals, communities, civil society, businesses and governments around the world today marked World Environment Day under the theme #OnlyOneEarth, with official celebrations held here and host country Sweden announcing a ban on issuing new licenses for the extraction of coal, oil, and natural gas from July 1 this year to protect people and planet.

Announcing the ban at the official World Environment Day celebrations, Sweden’s Minister for Climate and the Environment, Annika Strandhäll, said, “Making the green jobs of the future by accelerating the climate transition is one of the top priorities for the Swedish government. As part of our efforts to implement our climate ambitions, we must take actions against activities that have a negative impact on our health and our environment.”

“Our message to the global community is clear. The winners in the global race will be the ones that speed up the transition, not the ones that lag behind and cling to a dependency on fossil fuels,” she added.

Tens of millions of people around the world joined global conversations on social media demanding urgent action to conserve and restore the environment. Tens of thousands organized their own activities, including the planting of millions of trees, cleaning trash and taking actions to highlight that there is #OnlyOneEarth.

2022 marks the 49th time World Environment Day has been celebrated. It was established following the UN Conference on the Human Environment in Stockholm in 1972, and is celebrated annually on 5 June, with a different country hosting it each year. This year’s theme – #OnlyOneEarth – mirrors the theme of the first World Environment Day in 1973. It calls for collective, transformative action on a global scale to celebrate, protect and restore our planet.

“Fifty years ago, the world’s leaders came together at the United Nations Conference on the Human Environment and committed to protecting the planet. But we are far from succeeding. We can no longer ignore the alarm bells that ring louder every day,” UN Secretary-General António Guterres said in his World Environment Day message.

“The recent Stockholm+50 environment meeting reiterated that all 17 Sustainable Development Goals rely on a healthy planet,” he added. “We must all take responsibility to avert the catastrophe being wrought by the triple crises of climate change, pollution and biodiversity loss.”

The official event, held at the Tekniska Museet in Stockholm, included a discussion between Strandhäll, Inger Andersen, Executive Director of the UN Environment Programme, and young people.

“The triple planetary crisis is accelerating, and why? Because we consume 1.7 planets a year. We have only one Earth. We have to accept that we’re not doing enough to protect it,” Inger Andersen, Executive Director of the UN Environment Programme (UNEP) said at the event. “I stand before you because we have to do better. We know what to do. Science has told us we have to end fossil fuels. We have to restore nature to its full glory. We have to transform our food systems. We have to make our cities green.”

Around the world, countries and communities acted on World Environment Day to make a real difference to their environments. Religious leaders came together to sign a landmark appeal on climate-responsible finance. These organisations will only engage with financial institutions that are aligned with the Paris Agreement’s objective of limiting global warming to 1.5° C.

In India, Prime Minister Narendra Modi launched the ‘Lifestyle for the Environment’  – LiFe initiative to raise awareness about sustainable lifestyles. The launch also initiated the ‘LiFE Global Call for Ideas and Papers’, inviting individuals, universities, think tanks, non-profits and others worldwide to submit measurable and scalable behaviour change solutions that can drive climate-friendly behaviours among individuals, communities and organisations.

While delivering the keynote address, Modi stressed the need of the hour to solve the challenge faced by our planet using human-centric, collective efforts and robust action that further sustainable development. He reminded the gathering that this global initiative was proposed by him at COP26 last year. He added that the vision of LiFE is to live a lifestyle that is in tune with our planet and does not harm it.

New Zealand’s Government announced on World Environment Day that the Styx Living Laboratory and partners will receive $4.12 million of Jobs for Nature funding to protect the Styx River (Pūharakekenui).

Argentina has adopted the exotic invasive species national strategy, including joint management plans with Chile, while Paraguay will launch the Paraguay + Verde project to address climate change after receiving financial support of US$50 million from the Global Environment Facility.

To commence on World Environment Day, Singapore’s Quest Global, one of the world’s fastest-growing engineering services firms, announced its Quest Global Pledge – a global reforestation drive. In partnership with One Tree Planted, the firm will plant 500,000 trees globally by 2025.

In conjunction with the United Nations Association Canada, and with funding from Environment and Climate Change Canada, an official event will launch a curriculum on Indigenous Conservation across Canada.

Uruguay announced that it will start participatory processes towards work on its second Nationally Determined Contributions towards the Paris Agreement Goals.