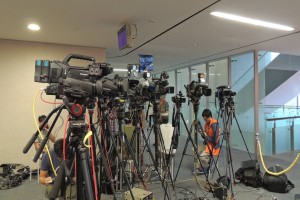 The Sushant Singh Rajput case has till now continued to maintain sustained public interest for over three months. Obviously the actor has achieved a larger than life status after his death with new theories about the prelude to his death emerging in the media almost every alternate day.

Monitoring patterns regularly on how the media behaves would help you know that every story has its place in the hall of fame for at the most a few weeks and then fades out before a new story breaks to grab the attention of the viewers or readers. The question now arises why is the Sushant case alive for more than three months in the media and there seems to be no let up any time soon for the  shift of focus?

The answer though not very easy to come, rests partly with the fact that many of the celebrities and politicians were named and pilloried by the media over a sustained period of time. This rarely happens without an agenda. Why should the death of a Bollywood actor, however popular or mundane he be, cause the stirring of a hornet’s nest? Many say in rhetoric that it is kept alive to become fodder for the forthcoming Bihar state assembly elections. However, careful thinking will reveal that this is unlikely to have much response from the state’s electoral masses in view of many other predominant issues and of course the caste-based politics.

The real agenda lies elsewhere. People in positions of power have their stakes involved in the bit-by-bit unfolding of the saga. First you hear about abetment to suicide. Next you hear about connection between Sushant and his ex-manager’s suicide. Subsequently, you hear about a narcotic drug supply angle. Amidst this there are two more theories doing the rounds, namely money laundering that is being probed by the ED and the rape angle that was being discussed during the Mumbai police conducting the investigations in the early stages. Finally, a frustrated family lawyer representing Sushant’s kin laid stress that Sushant was strangled to death and a murder case must be registered.

Extending the logical flow, the question is who stands to directly benefit from keeping the fire stoking continuously? No, it’s not any politician or bureaucrat. They rarely get involved in such skirmishes. It’s about a person with powerful family connections that can continuously exert pressure on the media and other nodal investigating agencies to assuage their hurt sentiments. Next, what end does this serve and what will be the final outcome meaning who are the people who are going to take the rap for Sushant’s death?

Will it be just Rhea Chakraborty or is it going to be a host of film personalities along with her or will it be like the CBI investigations ending with no one killed Jessica or no one killed Arushi? Only thing that can be said in this instance is that it may turn out to be a protracted long drawn out court battle in which most members of the public would lose interest in its outcome. The difference in this case is about every alternate day offering you a new angle and adding to the confusion that already exists from the nascent stages when the actor’s death was first reported.