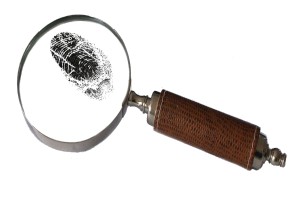 Mumbai: Following a trail of allegations and counter allegations, that sought intervention from both law-enforcing authorities and the judiciary, the Sushant Rajput death case is hanging fire over who arranged for the supply of narcotic drugs and on what grounds. On November 16, the Bombay High Court was approached by late Sushant’s friend Sunil Shukla who petitioned that there was foul play in the deaths of both Disha Salian who was Sushant’s former manager and that of Sushant in less than a week’s time.

The petitioner cited that both the deaths took place under suspicious circumstances which the city police failed to probe and this matter should also be entrusted to the current investigation nodal agency, the CBI. He also contended that both Sushant and Salian were in regular touch with each other till late April 2020.

This move followed close on heel of actress Rhea Chakraborty who was recently out on bail in connection with the Sushant Rajput suicide abetment case, filing a complaint in the Bandra police station which alleged that a fabricated prescription obtained by the late actor’s sisters was responsible for his death.

Amidst Sushant’s sister, Shweta asking his fans to celebrate Diwali in the way her brother used to when alive, reports seeking the quashing of Rhea’s allegations also reached the court. Rhea on her part emphasised that it is imperative to dig out facts on whether this fabricated prescription was instrumental in the deterioration of Sushant’s mental health.

Meanwhile, in a late development just two days ago, actor Arjun Rampal (47) was grilled by the nodal agency probing the drug angle, namely the Narcotic Control Bureau (NCB) in actor Sushant’s case for over six hours. The actor clarified to the press that the substance that was taken possession of by the nodal agency during a raid on his house was a prescribed drug and had nothing to do with narcotic substances. He further stressed that he was well able to provide the prescription for the drug that he was using. The actor ended his press interaction with a word of praise for the NCB, saying the agency was doing a good job.

After the actor was reported dead on the evening of June 14, from his Bandra residence there were a slew of inquiries and theories doing the round when the initial investigations being carried out by the city police met with severe criticism on face of mounting pressure from Sushant’s family and friends to transfer the investigations to the Central Bureau of Investigation (CBI). This was triggered soon after Sushant’s father KK Singh filed a FIR in a Patna police station alleging foul play in his son’s suicide death and blaming actress Rhea Chakraborty for being instrumental in it. The first nodal agency that jumped into the investigations was the Enforcement Directorate (ED).

The ED probed on KK Singh’s allegation that Rhea was responsible for mishandling the actor’s financial transactions to the tune of Rs. 15 crores. Soon it resulted in prolonged interrogation of both the actress and her family members. However, the dust settled down with the ED trail failing to throw any evidence on the allegation. From there on, the drug related angle got played up and it was for the NCB to take over.