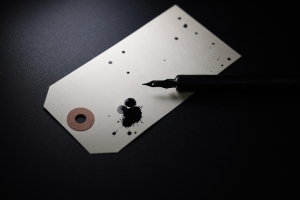 Amir looked lost in thought for a while and then posed, “What do you make of this political potboiler in Maharashtra? Do you think our State Government along with the Chief Minister is going to sink any time soon?”

I and Amir were sipping our second cup of tea on a rainy morning in his Irani restaurant in Mumbai’s Matunga. I helped myself to another large sip before choosing to respond to his query. Our conversation went somewhat like this.

Me: The first thing that I foresee happening is the ED being renamed. Instead of the Enforcement Directorate, it will be branded as Engineer of Defections. Next, following the example of our Pradhan Sevak, the rebel Sena MLAs will say “Humara Assam se bahut purana rishta hai. Humari agli sarkaar Assam ki is mitti ke sahyog se hi banegi.” (We have old ties with Assam. Our next government will be formed with us providing support from Assamese soil.)

Amir: I am disinterested in what the Assamese think about our rebel team of MLAs. My main concern is will Uddhav Thackeray lose his post as Maharashtra Chief Minister? Will there be re-election or will the Bharatiya Janata Party win the numbers game in the Maharashtra Assembly and form a new coalition government?

Me: If you study a bit deep, Uddhav had initially bargained with the BJP for a two-and-a-half-year period for the Sena holding Chief Minister’s post. Having completed his two-and-a-half-year stretch, it seems he is ready to honour his commitment for the BJP candidate to hold the chief minister’s position for the rest of the tenure.

Amir: My focus is on the Centre continually trying to destabilize governments in non-BJP ruled states. It is an ominous portent for a healthy democracy. I don’t think it will augur well with the electorate as well. They will be staring in despair as the saffron brigade takes control despite the mandate they polled for.

Me: Agreed, it’s a bit tough on the electorate. However, given time, they will start visiting Amazon to ascertain the price tag each MLA commands. That will also open an ancillary industry, with day-to-day betting on which MLA sells for what price. In addition, the people will soon get reassured that old wine in a new bottle will not make any difference as the wine continues to stay old.

Amir: Are you trying to say that with a large number of outside elements in the legislative assembly, the BJP will lose track of its “Hindutva agenda”?

Me: The BJP never had any agenda in the first place. The Party’s positioning is very clear if I might use the advertising jargon: “Our stand depends on where we sit.” Hindutva by the way is an overused byword adopted by media platforms for diverting attention. It has nothing to do with fixing or prioritizing any political agenda.

Amir: How can you say this? The minority community is facing untold suffering owing to the doings of people who enjoy the Centre’s support.

Me: Again Amir, this is not about any agenda. It’s about a marketing gimmick that can help them win the next round of elections and…for continued electoral gains. But are you convinced?

Amir gave a blank look and we ended the topic.